A skewed obsession with English

A skewed obsession with English 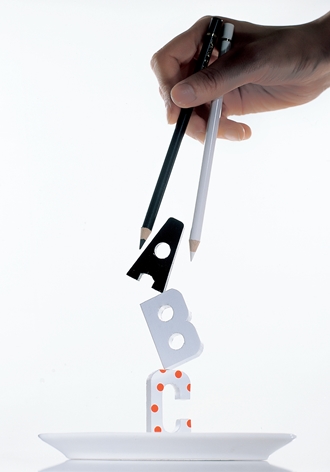 
“Do you receive credit cards?” This is the first-ever English-language sentence that I used overseas. I know. The word “receive” here is awkward, to say the least. Back in the summer of 2001, however, in my first-ever trip overseas, I did not have an iota of doubt that I was speaking the most proper, sophisticated English. I mean, I was more than ready to test my homegrown English, after spending childhood with Elmo and Big Bird as my best friends. When the British clerk at a London supermarket gave me a rather perplexed look, I repeated that sentence at a slower pace. I was brazen enough to think that my all-American English, fueled by “Sesame Street,” was not immediately comprehensible to Londoners. Talk about arrogance based on ignorance.

That verb, “receive” comes from the Korean translation, as Koreans use the word batda, which literally means “receive,” colloquially for “accepting credit cards.” I’m making this belated confession not because I ran out of ideas for this column that I cherish as much as Masaharu Fukuyama, the Japanese singer/actor/photographer whose masterpieces (although some of my sensible Japanese friends disagree) led me to learn Japanese. It’s because I find myself constantly being asked, “What is your secret royal road to learning English?” by Koreans of all ages in almost every walk of society. As you know by now from the anecdote above, my English is not perfect at all, but I embraced a chance to work for eight years at the Korea JoongAng Daily as a staff writer, before joining the Korean paper of the same media corporation. It was quite an experience, frankly, because, unlike the vast majority of my colleagues, I had zero experience living overseas. My English was thoroughly homegrown, and I have to thank my editors then for taking a gamble on me.

Getting back to the point, you may well know the almost obsession-like importance that Koreans place on English. We are talking about a nation that takes huge pride in King Sejong for inventing the Korean alphabet. English, however, functions as a ticket to an express train bound for success. Got a high TOEIC score? Had a chance to live abroad in an English-speaking country as a child? Then you have a better chance of climbing the ladder faster than others. If you want to look intellectual, add in a few English words during a Korean-language presentation for an all-Korean audience. This very newspaper that you are holding has actually been featured in advertisements for models who want to look smart.

For expats in Korea, an English-oriented society has its ups and downs. It can be convenient, as Koreans are more than willing to talk to you in English. But it also means that you have less of a chance to speak Korean, which is a gateway to understanding Korean culture. An American friend of mine spent 10-plus years in Seoul and the only Korean words that he could say were “Gamsahamnida” (Thank you) and “Annyeonghaseyo” (Hello). Yet, he felt no inconvenience at all.

Things are quite different in Japan, though. I travel to Tokyo and Kyoto almost on a regular basis for the love of the culture, and my longest trip was in May when I spent 17 days there. Some Japanese are also obsessed with English (Asians are likely to get much better treatment when speaking in English than in stammering Japanese).

Still, I found quite a few expats there are willing to show to the world that they can speak Japanese. A middle-aged American man whom I ran into at the Tamachi Station on the JR Yamanote line asked me for directions in Japanese at an immensely high decibel. A French gentleman I ran across in Kamakura near Tokyo said to me, thinking I was Japanese, “Kono mi-se, oishi-i-desuyo - which roughly translates to “this restaurant is quite nice.” I replied to them in English, thinking how different it would be in Korea. A group of intellectual, sharp and hardworking American and British correspondent friends of mine who moved from Japan to Korea, can speak Japanese but not Korean.

English is just a language, which means that it should be a means, rather than a goal in itself. But in many cases here, English competence is a reflection of one’s social status. I’m not saying that learning English is not necessary. As a lingua franca, English is a great tool. Yet it’s sad to see fellow Koreans obsessed with learning it when they need it the least at work or at home. Korea is a country that has enough divides - ideology, politics, wealth, etc. And one more for the list is the English divide.

* The author is an international news reporter of the JoongAng Ilbo. She worked for eight years at the Korea JoongAng Daily.