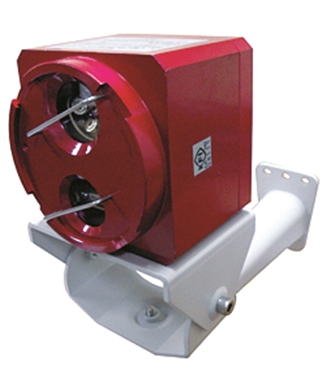 A nationwide inspection of the country’s outdoor cultural assets by Korea’s cultural authority has shown that nearly a quarter of the heritage assessed is severely damaged.

According to the results of the report, which was released Aug. 7 by the Cultural Heritage Administration (CHA), 1,683 of Korea’s 7,393 outdoor cultural assets were found to be in need of regular monitoring or imminent repair. The CHA commissioned an inspection team comprised of 100 experts for the evaluation, which was conducted from December to May, taking into account that natural degradation over the centuries was unavoidable.

The team sorted the cultural properties into six grades according to their structural stability, ranging from “A” for fine, to “F,” indicating that imminent repair was needed. Twenty-one national treasures received an E grade, meaning they needed repair, and 10 others given a D grade to denote that regular monitoring was necessary.

In the assessment, the experts determined that Treasure No. 165, the Ojukheon House in Gangneung, Gangwon, was not as stable as it should be because its wooden porches were cracked. The CHA gave it an E grade and has said that it will conduct a more detailed examination of the building.

Daeungjeon Hall, the main building of Heungguk Temple in Yeosu, South Jeolla, which is designated as Treasure No. 396, received an F grade due to a partially collapsed roof.

The four chimneys in Amisan Garden within the Gyeongbok Palace grounds in central Seoul - known as Treasure No. 811 - also received the lowest grade for their weakened bricks and weathered surfaces.

In addition to damage and structural quality, the CHA also assessed fire safety measures and the degradation wrought by pests on a scale from A (fine) to C (insect control needed).

Heungguk Temple’s Daeungjeon Hall was given a C for its fire protection measures: Its fire alarm did not work. And Bulgapsa Temple’s Daeungjeon Hall in Yeonggwang, South Jeolla, known as Treasure No. 830, received the same grade for its inoperative CCTV cameras. The team gave a B grade to National Treasure No. 226, Changgyeong Palace’s Myeongjeongjeon Hall, in central Seoul, for pest control after termites were found.

Furthermore, 1,254 of the 1,683 damaged outdoor cultural assets, designated by either city or provincial governments, received a D grade or lower, according to the report.

Ten of 16 local governments do not have any regulations in place concerning regular checkups, and the CHA is not allowed to fund such inspections unless a legitimate concern is presented.

Although the CHA conducts visual inspections every five years, this is the first time Korea’s cultural authority has conducted such a detailed inspection of outdoor cultural properties. The most recent assessment follows criticisms that Sungnyemun Gate was poorly reconstructed after it was burned to the ground in February 2008.

The gate was rebuilt and unveiled to the public in May 2013. However, controversy arose over the way in which it was reconstructed after the project’s master builder confessed to having used substandard wood.

“This does not mean that the CHA was unaware of these problems,” said Kang Gyeong-hwan, the head of the cultural asset preservation division. “This inspection is meaningful because we have now acquired objective data about the extent of the damage on [Korea’s] cultural assets through an expert examination.”