Has China lost its magic wand?

Has China lost its magic wand? 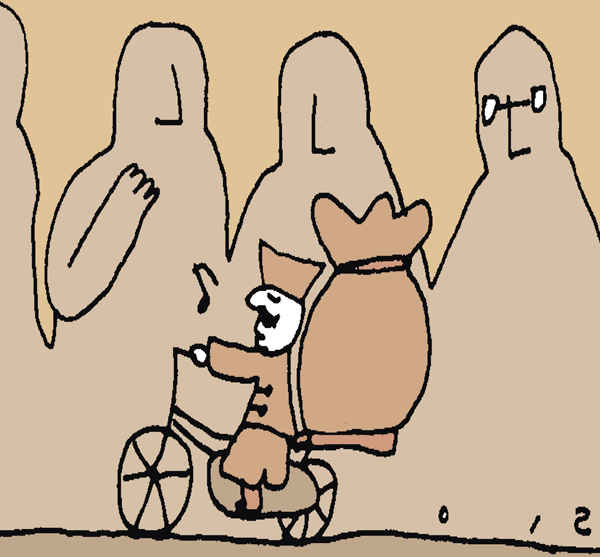 To many, Beijing’s success in steering around the 2008 global crisis was nothing less than supernatural. That the world’s biggest trading nation, one perilously reliant on exports, fared so well seemed better explained as some paranormal event than a B-school case study.

China pulled off the feat with an otherworldly onslaught of stimulus and credit, one that has continued until very recently.

That’s why a recent plunge in credit expansion has many China watchers wondering if the jig is up. It may very well be.

Aggregate financing, a broad measure of liquidity in the economy, was just $44.4 billion in July - the lowest monthly reading since late 2008. Even more worrisome than the figure itself, the liquidity environment contrasts with signs that China loosened monetary conditions last quarter at the most frenetic pace in almost two years.

The explanation could be one that’s hinted at in other recent data: China’s stimulus machine is losing traction.

On Aug. 5, we learned that China’s services industries are stagnating despite government stimulus efforts. The decline in the Purchasing Managers’ Index to 50, the dividing line between expansion and contraction, from June’s 53.1, suggests policy makers are failing to conjure up growth outside of manufacturing.

Since then, small companies that dominate China’s private market for high-yield bonds have faced rising default risks. Their debt obligations are breaking new records even as national growth is the lowest in more than two decades.

China’s property glut is also getting renewed attention. An Aug. 7 Bloomberg News story really turned my head. It explored China’s fast-growing home glut and how developers are reluctant to sell units at prices lower than they could fetch just months ago. That means that as China’s growth slows, conditions in the property market will get exponentially worse and exacerbate the slide in construction activity, a sector that’s already a drag on growth.

In 20 large Chinese cities, the inventory of unsold new homes was the equivalent of more than 23 months of sales in June.

Imagine what it might be by, say, September, when growth loses even more altitude. Also in June, the floor space of unsold new apartments around the nation jumped 25 percent from a year earlier. Could China’s notorious ghost towns soon morph into ghost provinces and municipalities?

The bad: Global markets may not be ready for the ugly data about to emanate from an economy they thought could defy gravity forever.

In 2008, China altered its economic model in ways that aren’t widely appreciated. Before then, exports were everything. Post-financial crisis, China hitched its fortunes, in the words of analysts at Stratfor Global Intelligence, to an “intimate bond between government-led credit expansion and housing and infrastructure construction - one that the Chinese government is now struggling, against time and at the risk of crisis, to escape.”

Back in 2010, James Chanos, the New York hedge fund manager, began warning that China had stepped onto “a treadmill to hell.” Four years later, it’s no mystery what he meant. The trick is getting off without crashing the economy - the national and the global.