Synergy is not an empty slogan

Synergy is not an empty slogan 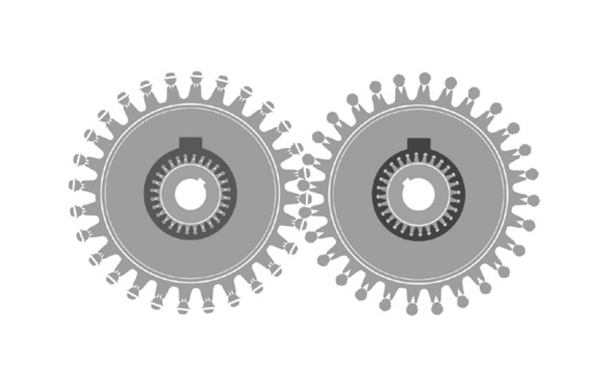 We commemorated the 69th anniversary of Korea’s liberation from Japanese colonial rule over the weekend. Aug. 15, 1945 is the day in history when we recovered our sovereignty politically and economically from the Japanese who occupied our land for 35 years.

But the liberation was followed by division and war that sunders the nation and its people to this day. The three-year Korean War devastated the land and its people. We lived off charity from Americans. In the early 1960s, most countries that gained sovereignty as the result of the end of World War II were in underdeveloped parts of the world and they pursued the import-substitution model of industrialization that aimed at self-sufficiency and reducing their dependency on other countries. Recovering from a vicious war through aid from its allies, South Korea chose the exact opposite model. Its economic policy was outbound and manufacturing was geared to meet demand from abroad. In a few decades, South Korea morphed from a beggar into a donor country.

In economic terms, we can achieve true independence by transforming ourselves into an advanced society with leading technology and exemplary dignity. Argentina, which grew to become the world’s sixth-largest economy after World War II, backed by rich natural resources, ended up retreating to the middle-income group due to excessive welfare spending and labor unrest. South Korea is a good candidate to promote itself to the advanced ranks.

In a World Bank ranking, South Korea’s per capita GDP of $26,000 is at the bottom of the high-income group. But we must lift ourselves from the bottom. Our growth potential rate, which was 8 percent in the early 1990s, has plummeted to the 3 percent range. Our working population has hit a plateau due to a low birth rate and rapidly aging society. Capital resources also stopped increasing due to sluggish investment.

Moreover, our society is weighed down by a myriad of social conflicts and confrontations. Wealth discrepancies among different classes, inequities between large and smaller companies, disputes between central and local governments and labor and management are deepening. An economic policy that placed a priority on expansion and efficiency to fuel fast growth needs to be retooled along a new paradigm of balance in the economy. This is our duty if we wish to join the ranks of advanced economies.

A corporate role is essential to accomplishing this goal. A corporation is established through the free will of an employer who combines human and capital resources to manufacture goods or services to meet human needs. A corporation generates profits. But in today’s society, it also has a responsibility towards society at large.

Labor and management relations are an integral part of a corporate operation. If labor and management relations are bumpy instead of smooth, the company’s normal functioning is bound to break down. When a large company does business fairly and transparently with subcontractors, small and mid-sized companies will progress in technology. In the longer run, that would help bring down large companies’ outsourcing costs. To make the economy continue at a stable pace, all the growth engines and parts must run without any problems and in concord with each other. All policies and endeavors must be focused to develop the less developed areas for the benefit of the economy and society as a whole.

Korea’s large companies have succeeded in developing global products and making themselves multinational names. The small and mid-sized corporate sector hires 87 percent of the country’s labor force, but lags behind in technology and capital resources. If they are raised to higher standards, the middle part of our economy will strengthen and the job market can become more secure. As the old adage goes, “Many hands make light work.”

Advanced economies are concentrating on new innovations and latecomers to sophisticated industrialization such as India and China are advancing. Korea’s large manufacturers must keep up their technological capacities and deepen collaboration with smaller companies to maintain a secure place in the world. Smaller and mid-sized companies must strive harder to keep abreast of technologies and the markets and strengthen their partnership with bigger companies. Both can benefit if they join forces in making inroads into China.

The National Commission for Corporate Partnership has compiled successful instances in which large companies have saved money by outsourcing to smaller companies through assistance in technology and financing that helped generate new jobs. Symbiotic development can happen in real life. Synergy is not merely a buzzword. Merchants have joined forces to modernize traditional markets. A bakery that has been run for generations competes formidably against franchise shops by being more original in its confectionery collection. Cooperation is where the solution to our future lies.

*The author is the chairman of the National Commission for Cooperation Partnership.