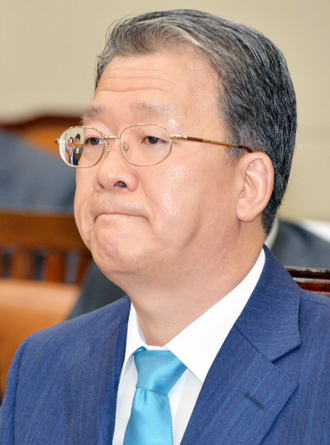 Lim Hwan-soo, the nominee to head the National Tax Service, said he will not attend meetings or form relationships with people that can’t be explained to others without being suspicious.

“Even when a person does an excellent job, one loses the public’s trust when transparency and integrity is damaged,” Lim said at a National Assembly confirmation hearing in Seoul yesterday.

“I will strictly follow the law and stipulated procedures to overcome any wrongful taxation, political partisanship and irregularities.”

He added that he plans to correct a wrongful past practice in which the service would tax individuals when the situation was ambiguous and before they could clarify the circumstances. He said he will make National Tax Service employees more accountable for their actions.

Lim’s promise of reform within the organization was also clear.

“I will further enhance unity within the organization through fair personnel evaluations based on workers’ reputations and abilities regardless of which region they hailed from or what their position is,” Lim said. “I will set up a promotion environment where those who work hard can rise to the top.”

On the economy, Lim said he will make sure taxation will not be an obstacle in the government’s efforts to revitalize the economy.

“We will continue to collect taxes through honest, voluntary reporting [of incomes],” Lim said.

This is a step back from the more aggressive tax audits that the agency has been pursuing since the Park Geun-hye administration was inaugurated last year.

To crack down on the black economy and raise tax revenues to pay for increased welfare spending, the Park administration accelerated a crackdown on tax dodging.

“The investigations will be subtle, but they will be strictly executed,” Lim said, “and therefore spread the perception to taxpayers that honest reporting is the best way to save on paying taxes.”

But Lim added that the agency will continue to pursue offshore tax dodges or evading of inheritance taxes by chaebol families or wealthy individuals through the established taxation infrastructure.