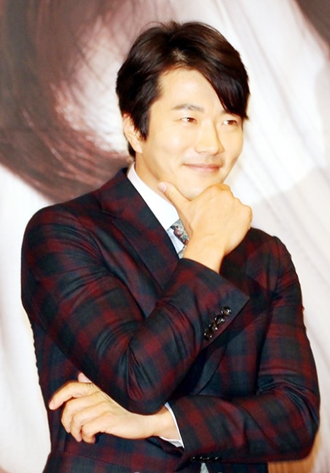 Kwon Sang-woo and his wife, actress Son Tae-young, are expecting a baby girl, the actor announced at a press conference yesterday for the SBS drama “Seduction” in Ilsan, Gyeonggi.

Kwon previously announced his wife’s pregnancy late last month on his fan cafe online, though the baby’s gender had not been confirmed at that time.

“I knew about the pregnancy in early July when we were promoting the drama, but I didn’t share the news because the first three months of a pregnancy are the most critical,” said Kwon.

The ongoing drama started its run in July.

The couple wed in 2008 and have one son, Rookie Kwon, born five years ago. They have reportedly nicknamed the new baby “Heart,” a moniker their son came up with.

Son is due in February.

During the press conference, Kwon noted that his wife doesn’t watch “Seduction” because it is a melodrama.