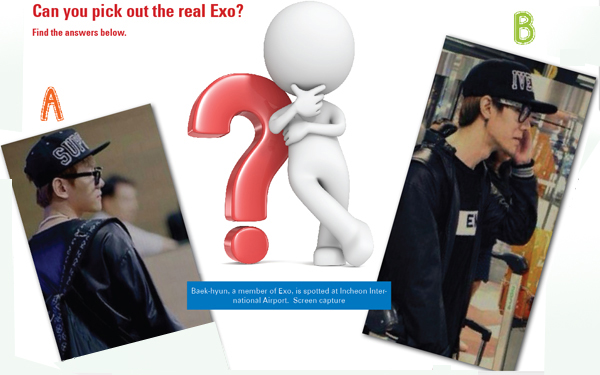 The number of malicious rumors, negative Internet comments and copycat cover dance groups a K-pop act spawns are often used as a measure of popularity in the world of contemporary Korean music.

But while scandalous rumors and hurtful comments are not always welcome, Yu Hye-na, a spokesperson for WM Entertainment’s B1A4, says being emulated by cover dance groups suggests the band is doing a good job.

“We kind of feel flattered and grateful,” said Yu.

“Cover dance” is a term that describes the act of mimicking a K-pop group’s moves while “cover dance group” refers to a tribute ensemble that imitates a K-pop act as closely as possible.

Cover dance groups have been around for years, ever since K-pop began to diversify into different channels, but some walk a fine line between homage and plagiarism, giving the nation’s entertainment industry a headache.

For instance, a copycat version of B1A4 debuted in China under the name “Fighter” in 2012. The Chinese boy group was a carbon copy of the original Korean boy band, imitating even tiny details such as the members’ stage outfits, which are accented with hot pink.

The teaser images the Chinese group released ahead of its debut were also identical to those of B1A4.

“As far as I know, we would have to go to the country and sue the group,” said Yu. “I assume that it is not a big deal for big companies, but it’s quite hard for a small company like us.” 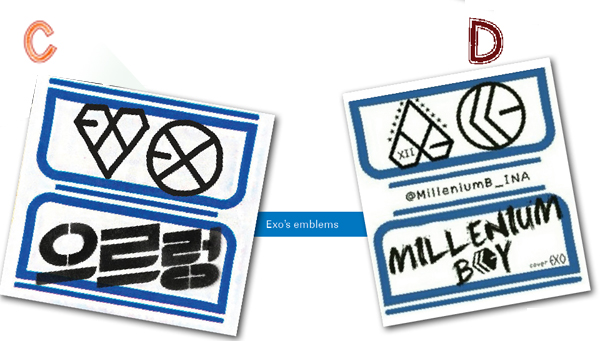 Cover acts are not usually taken seriously because their performances tend to be amateur. Who would be fooled by a Michael Jackson impersonator?

But Thai tribute group Millenium Boy, which often goes by the name Exo-T, challenges the perception by trying to mimic its original counterpart, Exo, as closely as it can.

After starting off as a tribute group made up of 10 Thais and a Korean who grew up in Thailand, its 11 members began to stand out for their sharp, synchronized dance moves.

Although it is still unclear who named the Thai group Exo-T, the title causes confusion because its Korean namesake divides from time to time into two subunits - Exo-M and Exo-K.

Exo-M consists of Chinese members while Exo-K is made up of Korean members.

Fans of Millenium Boy say the name Exo-T came from Thai media while Exo fans insist the cover group named itself Exo-T, which is short for Exo-Thailand.

With its controversial name, Exo-T could be confused as being another subunit of Exo, especially to those who have little knowledge of the SM Entertainment boy band. 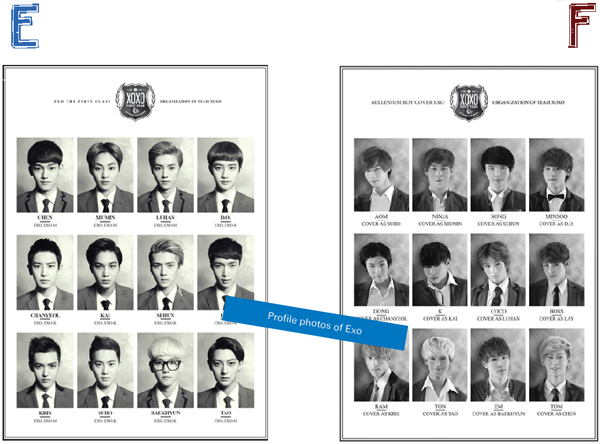 Having debuted on Korea’s pop music scene two years ago, Exo enjoys tremendous popularity in and outside of the country.

About one million people are registered as official fans of the group, and the boy band also sets numerous records whenever it comes out with new albums.

Last December, the K-pop group hit a milestone not seen in more than a decade - it sold more than one million hard copies of its album “XOXO (Kiss & Hug)” in an era where CDs have become obsolete.

Over the course of covering Exo’s music, the Thai group has achieved 90,000 fans in Thailand - a very respectable number for a cover group.

But the Thai group not only mimics Exo’s dance moves, it replicates everything down to sporting the same hairdos.

When Kris, a Chinese-Canadian member of Exo, walked out of the group in May, Ram, who represented him within the cover group, also left.

When the romantic relationship of Exo’s Baek-hyun and Tae-yeon, a member of Korean group Girls’ Generation, went public in June, EM, who plays the role of Baek-hyun in Exo-T, also revealed his girlfriend to the public.

If the Korean media releases paparazzi photos of Exo members, similar images of the cover group are uploaded to the web right away.

But the most serious issue is that the cover group has exploited Exo commercially by appearing on TV shows, holding fan meetings and conducting performances in Thailand.

They also produced fake Exo goods such as hoodies that bear the members’ names - complete with autographs - and sold them to Thai fans.

Exo goods from clothing to card holders, emblazoned in the group’s logos, are an important income resource for SM Entertainment.

When SM opened a pop-up store dedicated to Exo goods last August, the shop earned 2 billion won ($1.9 million) in sales during its first four months, despite Exo being a rookie boy band back then.

The Millenium Boy issue eventually came to an end when the fake Exo uploaded a video to YouTube in June explaining their side of the story and apologizing for causing any trouble.

The group, however, recently returned with another cover of an Exo dance - the first video they released after the apology.

Responding to the copycat Exo, Kim Eun-ah, a spokesperson of SM Entertainment, explained: “It is hard to take action against such groups.

“If they obviously plagiarize our songs, then we can do something on them but they are copying our concepts and imitating the [pop] culture of Korea.”

A quick scan of YouTube shows that SM Entertainment, home to musicians like Girls’ Generation, Shinee, Super Junior, f(x) and Exo, probably has the largest number of cover groups among the nation’s three entertainment agencies.

The overall concepts, stage outfits and brand identities of SM artists inspire many overseas singers. For instance, there was a boy group named Ring Ding Dong in Cambodia a few years ago, which took their name from a hit Shinee song and sang a Khmer-language version of the track.

The nine-member group Girls’ Generation is also a target of many overseas singers. In 2012, the seven-member girl group Bikyaku Jidai - meaning “the generation with beautiful legs”- debuted in Japan.

SM tries to be lenient toward such groups, but it is sometimes demotivating to see years of effort being easily consumed by others.

“The production period varies depending on each song,” said Kim. “But it sometimes takes more than two or three years to come up with a whole package for a single track, from the song itself to choreography to overall concepts.”

“If you ask me how much it costs for a stage performance of ‘Growl’ [of Exo], I can’t tell you the exact amounts for these reasons.”

When asked why so many countries, especially in Southeast Asia, have entertainment agencies that debut imitation versions of Korean singers, Hwang Min-hee, the team head at public relations team of YG Entertainment which manages Big Bang, 2NE1 and Psy, explained, “We also did the same thing in the past.

“If they could produce their own quality content based on [imitation], Hwang said, “I don’t think they would keep mimicking us.”

Even Seo Tae-ji, a famous singer who is considered to have opened up a new era of Korean pop music in the early 1990s, copied overseas musicians.

And many dance groups that ruled in the 1990s and 2000s also received ideas and inspirations from international choreographers.

Lee Dong-yeun, a Korea National University of Arts professor and an author of books on Korean idols and pop culture, said the Korean music scene has been contradictory from the beginning.

“The origin of K-pop comes from the West, but we built our own content based on it,” said Lee. “We differentiated K-pop with our own way of producing music, and now other countries imitate what we do.”

The professor believes entertainment agencies will find it hard to sell music in the future unless something is done to fix the problem.

“K-pop is widely known across the globe but Japan and China are two of the only major markets in which entertainment companies can rake in profits for now,” he said.

“But the number of copycats will increase further and the government, not each individual entertainment agency, should bring order to the chaos.”

“There should be strict rules on copycat groups that use Korean girl and boy groups [to succeed] commercially,” he said.

“Flexibility is needed depending on each market,” said Ha. “If the market is new and has the potential to grow further, let it develop its interest in K-pop with fake K-pop groups,” said Ha.

“But if the market is settled down and is mature enough to become lucrative, we should keep an eye on it so that people there can’t profit from K-pop.”