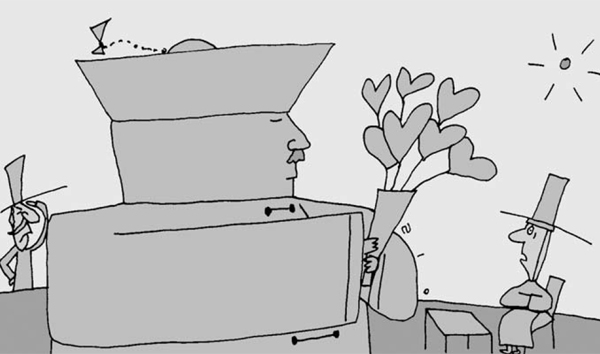 The much-hyped summit between South Korean President Park Geun-hye and Chinese President Xi Jinping early last month, which the Chinese leader chose instead of first visiting Pyongyang, was rather like “fried ice cream,” observed a Chinese bureaucrat. Both governments said they were pleased with the warm to the point of gooey results. But on a closer look, the inside was as cold as ice cream, Lee Hee-ok, director of the Sungkyunkwan University Institute of China Studies, quoted the Chinese official as saying.

Despite fanfare about a new path for Seoul-Beijing relations, no breakthrough was made on the North Korean nuclear impasse. The joint statement between the leaders still had China championing denuclearization of the “Korean Peninsula” instead of North Korea, where the nuclear weapons happen to be located. Park was not allowed to use the word “Dresden” to refer to a set of proposals for North Korea to work toward peaceful unification because of Pyongyang’s reaction to Park’s proposals as “a plot to absorb the North into the South.”

In other words, we had to compromise.

So what was Beijing complaining about? It may have wanted to make more aggressive steps towards Seoul but Park suddenly turned defensive. Beijing has been pretty blatant in its charm offensive toward Seoul. Beijing compared Xi’s trip to Seoul with a visit to a relative’s place. Xi brought his wife Peng Liyuan along for glamor that was bound to appeal to the Korean public. In contrast, during his four visits to Seoul, U.S. President Barack Obama never brought his wife.

How can we interpret the overtures from China? The simple answer is that Beijing needs Seoul, one of the oldest and most traditional allies of Washington, on its side as the U.S. attempts a so-called pivot to Asia to contain China’s rising influence. Washington has not hidden its suspicions of Beijing and shows them with verbal interference and a military presence in the Asia-Pacific region.

In a knee-jerk response, Washington sides with any country that runs into conflict with China. The U.S. has strengthened ties with Japan to build a joint fortress against China even at the risk of losing credibility by sympathizing with a country that is using revisionist history to justify grievous misdeeds in the past. Washington envisions a tight security front with Seoul and Tokyo, which it believes would not only be helpful in taming Pyongyang but would also further the goal of containing Beijing. The U.S. plan would fracture if China succeeded in pulling South Korea to its side.

Another reason is China’s endeavor to expand the so-called buffer zone. North Korea has given key leverage to China to fend off U.S. influence in the East Asian region. With closer ties to Seoul, Beijing could use the entire Korean Peninsula as a buffer zone against the U.S.

These two reasons are plausible. But we cannot underestimate China. Beijing may have a bigger picture in mind than simply challenging the U.S. through its relationship with the two Koreas. China has lately become more aggressive in overtures toward South Korea. That may be related to China’s longer-term dream of global predominance.

Yan Xuetong, a professor at Tsinghua University and hard-line expert on foreign relations who is believed to be advising Xi Jinping on foreign affairs, can offer a hint to what plans Beijing has for the future. According to Yan, China will stand shoulder-to-shoulder with the U.S. as one of the world’s two superpowers by 2023. Its gross domestic product will even surpass that of the U.S. But what will matter more than economic size is how many allies the two have on their sides. Yan advises China to be more aggressive in making alliances. The U.S. has security alliance pacts with 42 nations. China has none. Yan says China should approach South Korea for a security alliance.

It remains unclear if Beijing will go as far as forging alliances, but it is obviously busy making new friends and renewing ties with old ones. It has forged a landmark gas deal with Russia, entertained African leaders and strengthened ties with Latin American countries. At the same it champions “Asia by Asians,” calling upon its neighbors to take initiatives to defend themselves and settle Asian affairs themselves. It invited Asian countries to a security and foreign affairs conference last fall, pledging commitments to the region. China was scouting allies for a future showdown with the U.S. The latest approaches to South Korea are all part of China’s bigger plan.

We must come to a consensus on our standing. The discussions must be deep, broad and frequent because there is no simple solution. We cannot easily give in to China’s wooing, but at the same time cannot keep on coyly avoiding its advances. We must be able to read its motives clearly and come up with an inventive set of responses.