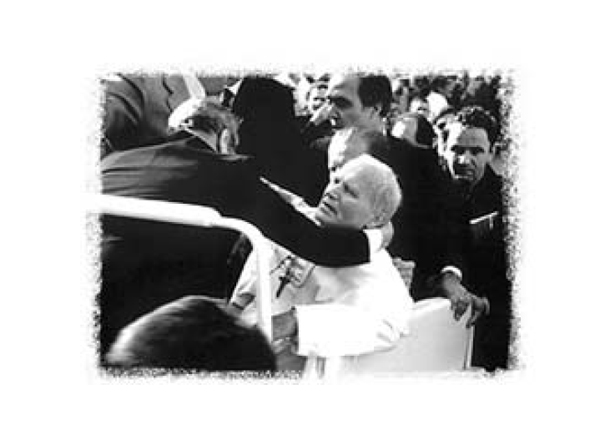 As leader of the Catholic Church, Pope Francis asks priests to be close to the poor and the alienated. During his visit to Korea, he beatified 124 martyrs and spent time with people with disabilities in the Flower Village. His acts and speeches left believers deeply moved.

The papal visit was not just a religious event; Korea embraced Pope Francis at a national level. President Park Geun-hye met him three times: at the airport, the Blue House and at a mass in Myeongdong Cathedral. The beatification ceremony was at Gwanghwamun Square in downtown Seoul, and hundreds of thousands of security personnel were on duty throughout the visit.

Korea treated the visit as a national event because Pope Francis has influence on universal humanitarian issues beyond his church.

Pope Francis stressed attention to and support of those who are alienated and in suffering. And who are the people in such destitution? The people of North Korea, who live in poverty without even the faintest hope of freedom or human rights in a country of idol worship. They are denied even the consolation of religion. If caught attempting to escape or resist the regime, they end up in concentration camps.

North Koreans are the most miserable group of people in the 21st century. South Koreans especially feel for their suffering.

But why didn’t Pope Francis mention the tragic conditions in the North? Why didn’t he speak of the justice of the God who terrifies the regime in Pyongyang, encourages the North Korean people and inspires the downtrodden around the world?

Pope Francis presented a different message on the inter-Korean issue. First, he discussed hopes for unification. He mentioned the unity of the scattered Jewish people and emphasized that South and North Koreans are brothers. “Forgive brothers who sinned for 77 times,” he said, urging Koreans to pursue reconciliation. It was Jesus’s response when Peter asked him how many times he should forgive a brother who sinned against him.

Still, the pope’s words could send the wrong message to many in the South. It could be mistaken as unconditional generosity to North Korea. Such unconditional forgiveness is a challenge, especially among states. It is not only difficult, it’s not right. The relationship between states is different from personal relationships.

While the pope mentioned Israel’s unity, Israel does not forgive Nazi war criminals for the Holocaust. They are still hunted down and brought to justice. After the German unification, Erich Honecker and other officials involved in human rights abuse in East Germany stood trial. Strict punishment, not rash and half-hearted forgiveness, brings true justice. If forgiveness is more just, Korea would lack grounds to demand apology from Japan for wartime crimes and sex slavery.

Even when Korea is reunified, the justice issue will not disappear. There is evidence of human rights abuse by the North Korean regime, in addition to state-orchestrated terror attacks. It is a humanitarian issue beyond the two Koreas. That’s why the UN Special Committee should investigate and punish those responsible.

Pope Francis’s visit left a great challenge on the social responsibility of religion. Many times in world history, religions resisted human rights suppression and changed the flow of history. Most notable was John Paul II, whose was pope from 1978 to 2005.

In 1979, he visited his homeland of Poland when it was still a satellite state of the Communist Soviet Union. In a rally of more than one million people, he urged the Polish believers to fight for the dignity of the people. His speech was ominous for Communism. His call was the catalyst for the formation of a trade union demanding liberty and human rights. It was the famous Solidarity led by Lech Walesa. With more than 10 million members, Solidarity initiated the social movement that ultimately brought down the Iron Curtain.

John Paul II didn’t just speak, but acted as well. He maintained a hotline with U.S. President Ronald Reagan to check on Communism and funnel money to Solidarity through the Vatican Bank. He was a dangerous man to the Soviet Union. Pope John Paul II dramatically survived an assassination attempt in 1981, and Italian authorities later concluded the Soviet Union was behind the plot.

Pope John Paul II’s funeral in 2005 drew was one of the biggest ever, with nearly all leaders around the world in attendance. He has been canonized and is Pope Saint. His leadership inspired the world to actively and righteously fight against injustice to improve the lives of ordinary people.

Pope Francis should listen to the groans of North Koreans.