Despite doubt, JYJ to sing at games

Despite doubt, JYJ to sing at games 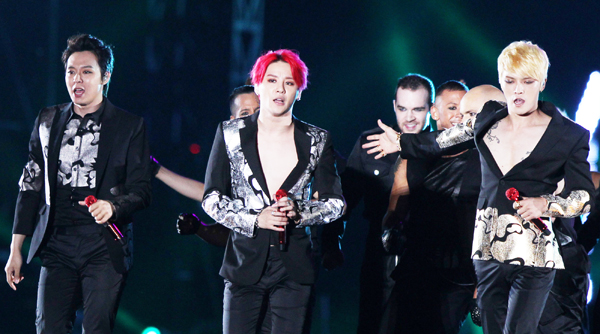 After some confusion, JYJ’s agency confirmed yesterday that the boy group will perform at the opening ceremony of the 2014 Incheon Asian Games.

The trio, who are also the event’s honorary ambassadors, will go on stage before the finale performance on Sept. 19 in Incheon to sing the official theme song for the games, “Only One.”

An initial agreement made between the agency, CJeS Entertainment, and the event organizers stated that the group would perform during the games’ opening and closing ceremonies.

But last month, the planning committee released a list of the performers but omitted the boy group.

This came as a surprise to the agency because the stars had released the EP “Only One” last year to advertise the event and had even filmed a promotional video for free.

The two parties eventually reached an agreement that the group will only perform at the opening ceremony. It has been rumored that Psy will perform the finale, however.