Post-scandal, Song to appear in public

Post-scandal, Song to appear in public 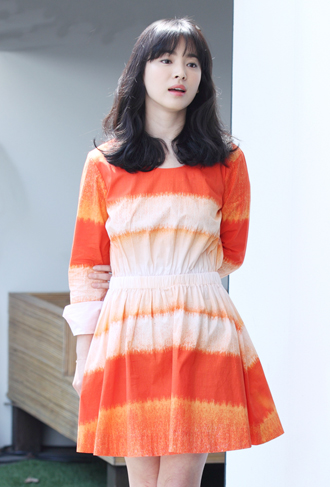 Despite reports circulating that she evaded taxes, actress Song Hye-gyo will appear at a screening for her newest movie.

On Tuesday, the star topped entertainment news headlines because a tax company she hired allegedly incorrectly reported her income, which resulted in an underpayment of taxes.

Song paid 3.8 billion won ($3.7 million) in total to the National Tax Service to fix the situation.

“Of course, the situation isn’t good for her, but she cannot impose any troubles on the movie,” Song’s agency told Ilgan Sports, an affiliate of the Korea JoongAng Daily. “She will be participating in all the events that have already been scheduled.”

The report added that the movie’s distributor, CJ E&M, also said that it is not considering postponing any events related to the movie’s release for now.

The new film “My Brilliant Life,” starring the actress and actor Kang Dong-won as the leads, will be shown today at CGV Wangsimni, eastern Seoul. It is scheduled to hit local theaters on Sept. 3.