Get to work on labor reform

Get to work on labor reform 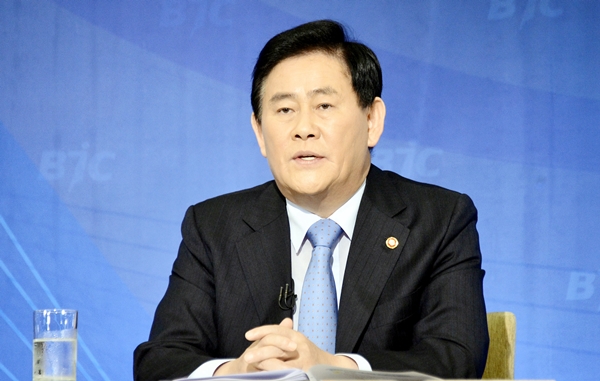 The prescription to jump-start sluggish domestic demand has been laid out. Actions followed immediately. Companies are being given incentives to spend their cash reserves through revisions of the tax code, and the key interest rate has been lowered. The government has moved on to easing regulations and announcing measures to boost the service sector.

Some of the steps are controversial and their effect questionable. Nevertheless, they all serve the economic mission of reviving lethargic domestic demand. The regulatory easing and expansion of the money supply are designed to restore confidence and vitality in the economy. So far, they are working. The real estate market shows signs of life. Stock prices have shown sharp gains. Yet it is too early to feel relieved, as the measures must gain approval from the National Assembly, and they must be carried out without interruption or deviation.

Sustaining the new confidence will be crucial from now on and that can be achieved through structural reforms. The first objective should be the labor sector.

Many cite poor household income as the primary cause of weak domestic consumption. They say that is because wages, which are 80 percent of household income, have plateaued. But data from 2011 to 2012 point to something else. Household income and real wage growth rose sharply after bottoming out in 2010. Real wages that grew an average of 1.9 percent from 2008 to 2010 increased by 7.1 percent in 2011 to 2012. Labor productivity also improved greatly. Yet consumption remains in the doldrums. This can suggest that increases in wages and household income may not translate into more spending.

We can also look to Japan for insights. The heavy mix of fiscal and monetary stimuli dubbed Abenomics has worked to revive economic sentiment. Unprecedented easing has helped to inflate both confidence and asset prices. But the Japanese economy has yet to show a strong rebound. In the second quarter, the economy contracted nearly 7 percent on year, wiping out 6.1 percent growth in the first quarter. The early revival quickly died because confidence has not been sustained through structural reform actions.

Data and the Japanese example point to the buzzword - structural reform. Of all sectors requiring reform, labor should be the government’s priority.

Again, let me return to Japan. Slow increases in wages and spending have been chronically weighing down the economy. Japan is worse off because real wages have fallen. Prime Minister Shinzo Abe has been blunt about asking companies to increase wages, but the companies do not comply. They cannot because of a notoriously rigid labor structure. Japan Inc. is also known for its “jobs for life.” Companies cannot fire permanent employees. Productivity remains low and employers simply cannot afford to raise wages. They inevitably treat the irregular work force poorly. Like us, Japanese companies sit on piles of cash reserves and do not invest enough.

If the wage improvements of 2011 to 2012 at home mostly targeted low-income workers, we could have had different results in our consumption figures. The consumption contribution of the low-income class is greater than those with higher incomes. The irregular work force that numbers about six million is responsible for the majority of low-income earners. They earn just 60 percent of what permanent workers make per hour. It is unfair, but it cannot be undone because the labor market is staunchly rigid. The cost of dismissing an employee in Korea is the third highest among members of the Organization for Economic Cooperation and Development. Excessive benefits and compensation for permanent employees get in the way of improving work conditions for irregular workers.

The government has made public enterprises lead the way in moving irregular workers onto the permanent payroll. But this cannot be a lasting solution. It could only make already-scarce jobs scarcer. Companies would lose competitiveness due to bloated labor costs and household income would drop. A flexible labor market is a better option. Companies should be freer to dismiss permanent workers and offer better conditions for nonpermanent workers. Employees must be rewarded equally for the same work regardless of their status in the company. More flexibility and security in employment would lead to growth in household income - especially for the lower-income bracket - and in the end improve consumption.

Labor is not the only needed reform. But it is the cornerstone of structural reform because it is hardest to achieve. Former President Kim Dae-jung failed in reforms because, despite restructuring in corporate and financial sector, he left the labor sector mostly untouched. The new economic team’s success also will hinge on labor-sector reform.

* The author is a permanent adviser to the Korea Institute of Finance.