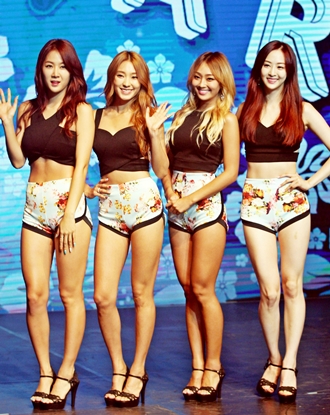 Girl group Sistar released a new teaser video for its new song “I Swear” on its agency’s official YouTube channel.

Starship Entertainment released the video, which was recorded on a beach in Saipan, the Mariana Islands, and shows the four members dancing at sunset.

The video is for a track on the special album “Sweet & Sour,” which is scheduled to come out on Tuesday.

The news about the new album has surprised many fans and industry experts as the group released the six-song record “Touch N Move” just last month.

The title song “Touch My Body” topped many of the local music charts soon after it came out.