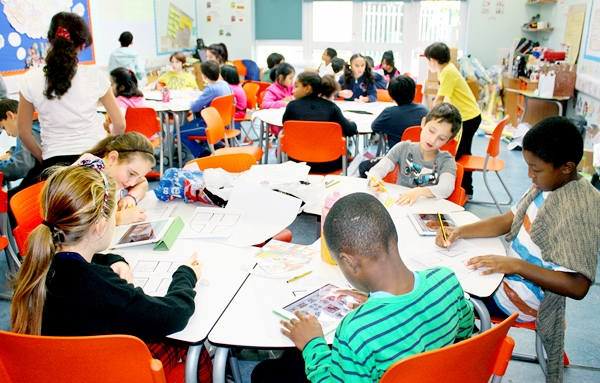 A country almost divided over what time school should start. Three years ago, the British government considered pushing its time zone one hour forward from Western European Time (WET) to Central European Time (CET). The change would have reduced inconveniences caused by the time difference with other European countries and incur other benefits such as saving energy and boosting tourism.

But the Scottish opposed the proposal fiercely. As Scotland is located in a higher latitude, the sun rises later. In the winter, the sun rises at around 10 a.m., so students would have had to go to school in the dark, posing a higher risk of traffic accidents. While some argued that the youth could benefit from bright light in the evening, Scottish residents still protested. Some MPs from districts in Scotland claimed that Scotland would seek independence if the United Kingdom changed the time zone. In the end, the proposal was canceled.

Two schools have become famous for the time they start. School days at Monkseaton High School in northeastern England and UCL Academy in London begin at 10 a.m., one hour later than other schools. Monkseaton introduced the schedule five years ago, and UCL Academy chose the late start when it opened in March 2013.

The experimental time is based on the studies of Professor Russell Foster of Brasenose College at the University of Oxford. He claims that young people, especially teenagers, experience changes in sleeping patterns and that their brains are not fully awake until after 10 a.m. Thanks to his continued advocacy in lectures and interviews, the theory is being spread in the United Kingdom.

However, some schools are skeptical. They will not change their schedule until the academic performance and college acceptance rates of Monkseaton and UCL Academy prove the effect. Some argue that even though German schools begin at 7:30 am, their students thrive. The Brits are firm believers in empirical proof.

The delayed schedule promoted by the Gyeonggi Board of Education is similar to a “bulldozer” style management that implements changes at once. In the last administration, the four-rivers restoration project was simultaneously implemented without partial experiments and led to irreversible failures. It is about time we shake off impatience to get things done at once and take proper steps to minimize side effects.

* The author is a deputy editor of JoongAng Sunday.