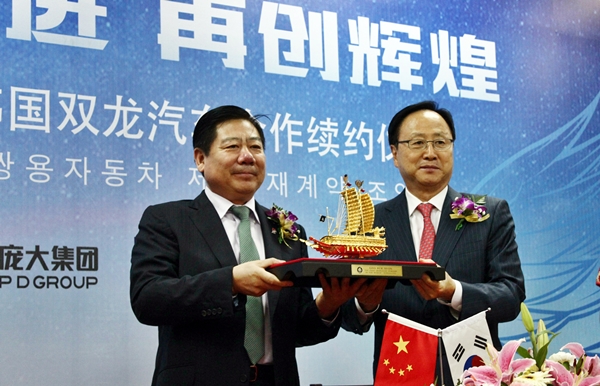 Ssangyong Motor, a sport utility vehicle maker, said yesterday that it has extended its contract with China’s largest car retailer Pang Da Automobile Trade in a bid to expand in the world’s largest auto market.

The automaker, owned by India’s Mahindra Group, first signed a deal with Pang Da in 2011. Under the extension, Ssangyong said it plans to ship 40,000 vehicles to China by 2017, 25,000 units more than it now ships. It will also broaden its sales network from 130 to 200 locations.

Ssangyong said that it wants to build a lasting position in China with its compact SUV X100, which is expected to be released next year.