Consideration starts in the classroom

Consideration starts in the classroom 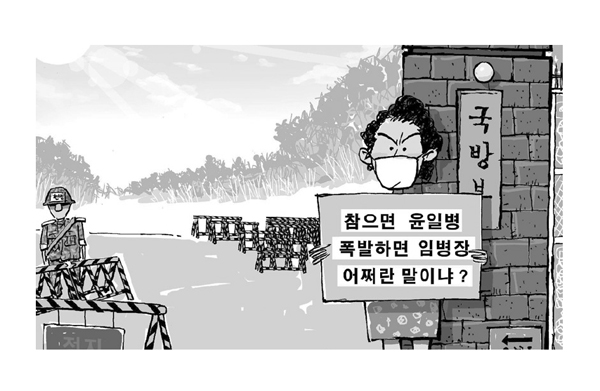 When I stayed in Los Angeles a few years ago, I sent my children to a public elementary school. Los Angeles has a large Korean-American community, and 30 percent of its students are Korean. Once, some students playing tag on the playground got into a scuffle. It wouldn’t have been a big deal in Korea, but the principal called the parents of all the involved children. I later learned that the game was banned there because the school viewed it as too aggressive. It is a controversy in the United States that the young children are banned from running around. I was reminded of this experience by the series of military abuse cases that have been made public in recent weeks. Violence there is commonplace. One soldier was killed after being beaten to death by his superiors. Most of the assailants were college students before joining the military. The young men did not appear to feel much guilt for their abusive language and physical violence, and apparently the Korean education system failed to teach them how wrong abuse really is.

In other countries, education is focused on respecting others. In elementary school in the United States, students are told to stretch out their arms and draw a circle around themselves. The game teaches them not to violate another person’s private space. Many middle school students must also sign an anti-discrimination pledge against abusive language and threats. I once saw posters for an anti-bullying campaign created by students on the gym entrance, in corridors and in the locker rooms at an elementary school in Seattle. The school also selects a virtue, such as respect, every month and instructs the students that harassing others is wrong.

The competition-driven Korean education system also neglects to teach students the value of helping others. Some of the abuse victims in the military had a hard time adjusting to life in the barracks. The soldiers who abused the young conscript to death said that he was slow to respond and speak. The son of Gyeonggi Governor Nam Kyung-pil was recently charged with assaulting another soldier for not carrying out his tasks well.

One Korean mother who sends her children to elementary school in Japan said that not just the teacher, but also the students who are excelling, help out those who are falling behind. And receiving help is not considered shameful. In schools in New Zealand, teachers often ask students if anyone doesn’t understand a concept and are willing to explain one more time. Students are taught to be considerate. In Korea, such education is necessary. While it may be a long way off, we must implement such a system so that we can rest assured when our children join the military later.