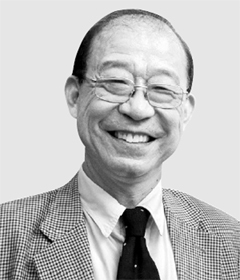 Students participating in the Global Negotiation and Mediation Program (GNMP) at Seoul National University are expected to visit Japan’s National Diet in October thanks to an invitation from the country’s Liberal Democratic Party.

The trip “is likely because the Japanese want to improve the sour relationship between [Korea and Japan],” said Kim Chul-ho, the chairman of the International Intellectual Property Alternative Dispute Resolution Center, or IIPAC, and the founder of the GNMP program. The reason they invited the students is because “they felt as if they hit a brick wall by just contacting Korean government officials.”

The 16-week course trains 50 participants in conflict resolution and negotiation tactics. Once the class is over, the students, most of whom have decades of experience in their chosen professions, will be registered as negotiation specialists at IIPAC.

After they complete the course, the students will participate in an internship program at special mediation and arbitration institutions in the United States and Britain.

“The role of a negotiator will be important in the future, whether it be international politics, diplomacy or trade - even resolving tensions between the ruling and opposition parties, or at home,” Kim said.

After graduating from Seoul National University, Kim went on to study law at Harvard and Columbia University. Afterward, he has worked as an international negotiation specialist as a lawyer in the United States for 25 years.

When asked about the responsibilities of a professional negotiator, Kim explained that it is any person who can successfully draw an agreement during an exchange or a tense situation. There are two ways for a professional negotiator to succeed at his or her job, he continued. The first is through mediation, also known as conflict resolution, and the other is through arbitration. Through mediation, a negotiator - the third party - often helps two parties reach an agreement. Through arbitration, two parties put a deal in writing that has binding power, just like a ruling handed down by a judge.

The GNMP program, he said, is good for those who have built up ample experience in their fields, at least 20 or 30 years.

“Obviously this includes government employees, lawyers and patent attorneys,” Kim said. “It is an especially good opportunity for those above 50. It is the best way to utilize the people who have been shunned from social activities due to their age.”

In 2010, as a professor at the KAIST Graduate School of Intellectual Property, Kim trained professional negotiators. He opened up the GNMP course at Seoul National University after determining that there was a need for negotiation specialists in other fields other than intellectual property.

“My goal is to create a group of specialists with experience and judgment who can wisely mediate conflicts,” Kim said.