Calm before the storm?

Calm before the storm? 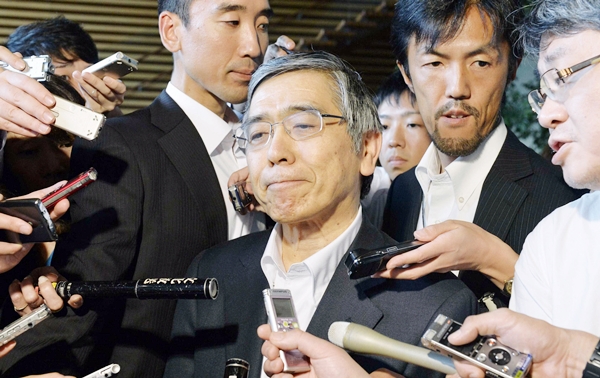 
Talk about a summer lull. I worked in finance for the best part of 30 years, and I can’t remember a period quite like this. Such a peculiar calm presents certain challenges. I’m almost glad not to be more actively involved.

To begin with, coping with the tedium isn’t easy. Then there’s the problem of generating returns from minuscule price movements. Justifying your pay is harder, too - especially for hedge-fund types, whose 2-and-20 model makes sense when prices are surging up and down but not when equities, commodities, and foreign exchange and interest rates are all pretty flat.

Explaining the calm isn’t straightforward, either. The struggle between Russia and the West over Ukraine involves harsh financial sanctions and puts energy supplies at risk; the crisis in Israel isn’t abating; and developments in Iraq and Syria are little short of astonishing. Presented with these scenarios at the start of the year, most analysts would have predicted sharply higher prices for oil and gold, and maybe a marked appreciation of the dollar (the safe-haven currency) as well. What’s going on and how long can this last?

I’m as puzzled as everybody else - but here’s my guess. The continuation of remarkably loose monetary policy, combined with no sign anywhere of rising inflationary pressure, is crucial. It explains why bonds and equities continue to perform well, especially in emerging and other supposedly riskier markets, as investors search for additional returns and take more risk.

Indeed, judging by comments from policy makers (notably at the U.S. Federal Reserve and the Bank of England), monetary conditions will be kept easy until wages show signs of rising. And that could be quite a while.

Incidentally, this new central bankers’ view of wages is worth stressing. A previous generation would have dreaded wage inflation; today’s monetary policy makers sometimes sound as if they’re calling for it.

For the calm to last, cautious optimism about the U.S. economy has to prevail. At the moment, the mood is upbeat - but this could change, and in either direction.

If the labor market tightens too fast, the Fed might have to signal higher interest rates sooner than investors currently expect. I’ve been watching the weekly figures for initial jobless claims. If this indicator falls below 300,000 and stays there, signaling a strengthening recovery, I think the Fed will have to respond and sentiment will shift even if wage growth doesn’t pick up. But that moment has just been postponed: The most recent figures showed a rise in jobless claims to back above 300,000. As of now, there’s no clear trend to force the Fed’s hand.

It would be a much bigger surprise if the opposite happened and the recovery seemed to be stalling again. In that case, the dollar bulls might stampede for the exit, weakening the dollar and forcing other currencies higher. This would increase the pressure on other central banks to provide extra accommodations of their own.

Meanwhile, the euro area is struggling. New figures for gross domestic product in the second quarter - including in Germany - were weak. That means forthcoming numbers for the Purchasing Managers Index in the big euro-area economies will matter more than usual. Lately, PMIs appear to have been overestimating industrial production and gross domestic product, so if the new figures disappoint, it would sound an alarm. If this coincided with a tightening U.S. labor market, the Euro might drop to significantly less than $1.30, something the continent probably needs.

The Japanese economy, too, has slowed of late. If this persists, the Bank of Japan might step up its own already aggressive efforts to ease monetary conditions through quantitative easing. But this doesn’t look imminent.

Then there’s China, which keeps on confounding the bears. That’s an ever more popular club, but I’m still not ready to join. I think China’s policy makers have got it about right - again - by fine-tuning their measures while sticking to their strategic economic goals. My hunch: If there’s a surprise relating to China, it will be another big bounce in Chinese equities.

Predicting the prices of oil, gold and other commodities makes predicting currencies seem easy (and predicting currencies is next to impossible). Still, the dramas and anxieties of this summer haven’t been enough to push prices higher. So I have another hunch: Unless things get worse, they’re heading lower.

Once upon a time, that would have pleased central bankers preoccupied with the risk of inflation. Now, especially in Europe, they’re more concerned about the risk of deflation, and the prospect of cheaper commodities is a mixed blessing. As I said, strange times.

* The author is a Bloomberg View columnist.