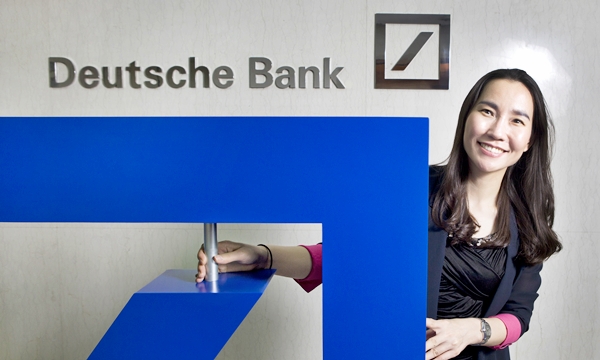 Park Hyun-nam, Deutsche Bank’ Seoul operation co-branch manager, said society needs to broaden its views and to accept that women in top positions such as CEO got there not because of their gender, but because of their skills.

She also said women need to be ambitious in their careers rather than giving up after marriage. Under President Park Geun-hye, there have been more calls for women to be active economic participants as the population shrinks and the work force driving the nation’s economy weakens.

Park, a mother and a successful businesswoman, was nominated as the joint manager of Deutsche Bank’s Seoul operation last September. Throughout her life, she has been in the financial business, starting at BNP Paribas and joining Deutsche Bank in 1999. Despite the intense stress that comes with the job and the difficulty of having a career and being a mother, she said she feels that she is thriving and still enjoys her job.

Park also emphasized the importance of localizing a business when expanding operations overseas. Using Deutsche Bank as an example, she said there is no one who knows more about the local market than the people who were raised in that same cultural environment.

Q. How have things changed since the global crisis? Did your strategies become more defensive?

A. Not only Deutsche Bank has changed. The overall financial market has changed. We are trying to tighten our risk management by setting more regulations such as Basel III, and we have started to consider [reflecting] costs that we didn’t in the past. This has made us less aggressive.

Major crises like the one in the late 1990s and in 2008 are crises, but at the same time they are opportunities. In both cases, there was a shortage of dollars and that was an opportunity for foreign investment banks with no retail business to make a profit from dollar-based trades and loans. The yields picked up on these products were attractive. The power of a foreign bank is its ability on dollar funding at a comparative price. But since 2011, the profitability of foreign investment banks has started to go south.

After the 2008 crisis, the Korean government started to roll out new measures including the foreign exchange forward ratio, bank levies and so forth. The Korean market became healthier and more stable.

The profit basis that foreign banks enjoyed has disappeared. This, on the other hand, means that the Korean market has become more advanced and efficient. For foreign banks, the time of making easy money has come to an end.

The financial market volatility started to shrink and it started to move within a narrower range. And clients who needed to hedge their risks no longer had to hurry, which led to the reduction of clients.

At the same time larger [global] regulations have increased while competition in the market has become fiercer. Korean financial companies started to raise their competitiveness in the derivatives market, which was previously exclusive to foreign companies.

Will the situation improve in the immediate future?

I don’t think it will within this year. As a result, the main focus of investment banks, whether here in Seoul or the global headquarters, has become cost-cutting. 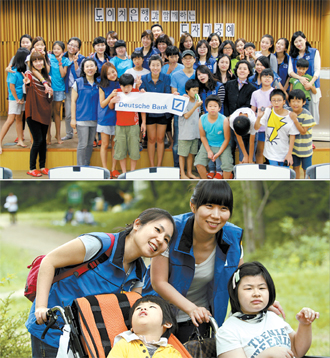 Top: Employees of Deutsche Bank Seoul take a group photo after volunteer work at children’s welfare facility Youngnak Borinwon in August last year., Bottom: The bank’s employees went on a fall picnic with disabled children at the House of Gabriel, another welfare facility, in September 2012. Provided by the company


What are the strengths of Deutsche Bank?

We are most competitive due to the wide variety of products and solutions that our clients can choose from according to their portfolio. Additionally, we have a strong infrastructure. We assess risk management and provide follow-ups to meet our client’s preference.

Additionally, our Seoul office and our [Asia-Pacific] headquarters in Hong Kong and Singapore are well connected, [facilitating] communication and information sharing. This allows us to provide better information to our clients so they can make better decisions from the research.

Compared to U.S. financial companies, we tend to take a milder approach.

That doesn’t mean we are on the defense all the time. We make a strong risk assessment before making a decision and monitor the situation very carefully and provide the appropriate solution, whether it’s an economic risk or a credit risk. Currently most investment banks, instead of seeking profits, are more focused on tighter risk management.

What advice do you have for Korean financial companies that are expanding overseas? Why has Deutsche Bank Korea been successful with its Korean branch?

That’s the biggest difference. For successful localization, the foreign company has to give incentives and opportunities for promotions to senior levels.

The possibility that one could be promoted to a high place within an organization will help employees be more dedicated to their work.

One of the best ways to secure overseas branch expansion is to make the head of the overseas operation a local person.

I don’t always see eye-to-eye with our [Asia-Pacific] headquarters. But who knows better about the local culture and local businesses than the person who grew up here? Deutsche Bank has been able to become more than a German financial company and has turned into a multinational financial operation because of its successful localization. It knows that the people who know best about the market also come up with the best solutions.

Locally, the biggest change that is needed is the appropriate use of female employees. The local financial market is conservative and still has a long way to go.

When compared to other industries, especially manufacturing, there are a lot more women working. But over the years, the number of woman has shrunk into the shape of a pyramid. Because the pool from which women are promoted is so small, only a few make it to the top.

The competitiveness of females is much stronger than believed.

Earlier today we had a meeting among management to discuss ‘What motivates employees? What cultural changes are needed to improve the working environment?’ One of the managers said 70 percent of the employees out of the 350 are female. This is because we provide an environment that is friendly to female employees, giving maternity leave and burden-free vacations. Our employees can take vacation without any pressure to shorten their trips or submit their vacation. The company’s ‘mandatory time away’ is two weeks. If the person doesn’t take the leave, his or her bonus is affected.

There are two purposes for the extensive vacation. One is to boost the morale of our staff. The other is risk management. Financial business is very sensitive to numbers and even the slightest mistake results in an irreversible problem. If a person takes two weeks of vacation, another employee will [work in his or her place]. It will give a fresh perspective and this will give the opportunity to double-check for any mistakes.

But long vacations aren’t the only reason we have more women working at our company. We try to provide the best environment for our female staff to tend to their family while still being able to execute their work flawlessly.

The biggest problem that women face in a workplace, even though they have competitive skills and the willingness to work, is raising a child.

The number of women in a workplace dramatically shrinks when they get married and then when they have a child. It’s not easy being a mom and having a full-time job. And our society still falls short of providing such friendly working environments for women.

One of our strengths is that we evaluate our employees based on their performances, which is fair regardless of their gender.

The perception of society also needs to change. The media makes a fuss when a female CEO is named. Why is that? This woman was promoted to that position not because of her gender but because she has earned it.

What do you think the qualities of a CEO are?

What I have learned on the job is that a manager always needs to be transparent. She or he has to be fair and consistent to every employee. Trying to make every single person in the office satisfied is a difficult job.

But in order achieve this goal, it is crucial to be fair and reward [good] performances. And in any situation, the top brass has to be consistent. Regardless of whether it is at a manufacturing company or a financial company or a Korean company or a foreign company, it all boils down to whether the workplace is made up by people that represent society. When at work, I try to follow what I’ve learned at kindergarten, which is to be honest and to be considerate. Trying to act on such simple virtues as an adult isn’t easy. How many people actually follow these basic principles?

So what advice would you have for people who are thinking of applying to jobs at foreign financial companies?

I think whether it’s a foreign company or a local company, the most highly-regarded people are those who are always hungry. The former Korean national soccer team coach Guus Hiddink once said “I’m still hungry.” These are people who won’t stop and keep pushing the envelope. They are mobile. Foreign financial companies in particular have a high regard for such employees and promote such people who push themselves to senior positions. They don’t like people who are sitting behind their desk all day immobile. The people who are always thriving are people who love what they do.

Personally, I always set a target. It points me in a direction like a lighthouse, which motivates me. And I would always set a net goal every time I’m done with one. These aren’t vague ideas but specific goals that I can achieve. But at the same time, one needs to be flexible. One needs to be sensible. There are some people who are rigid and strictly follow the rules or stick only to the job that they are given. This is not a good career move. The organization has to move smoothly and sometimes when you are done with your job and have some free time, you need to help others that are falling behind instead of only being devoted to the job that you are assigned to. Try other stuff at work. That will help you broaden your skills and have a wider view and deeper understanding of your job. 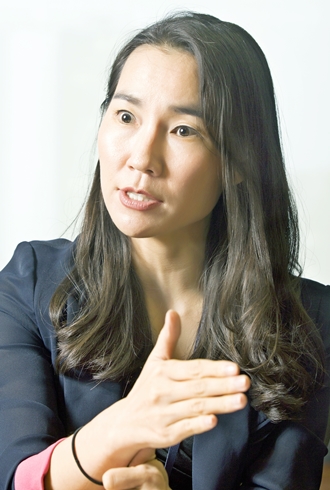 1993-1999: Joined BNP Paribas and worked at the Asset & Liabilities Management Department in charge of FX spot and FWD trading book.

Promoted to branch manager in September.