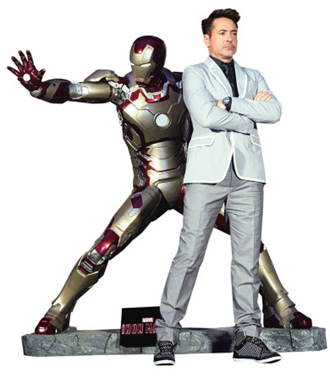 The production team of “Mystic TV Surprise” on broadcaster MBC apologized that it has not been thoroughly checking facts for its show.

The program aired the life story of Robert Downey Jr., a Hollywood star from the film series “Iron Man,” on Sunday. Soon after it was shown, some viewers raised doubts on the program’s website and other social media sites about the facts the show used.

The show said Downey Jr. was suspended from high school as a freshman because he tore apart a comic book his friend was reading, which was “Iron Man.” It also said that he decided to quit school because he had a hard time adjusting.

Fans argued that his suspension from school is just a rumor that was never confirmed and that the star decided to quit because he wanted to go to Broadway to focus on his acting career.

The show also said it was the star who asked film director Jon Favreau if he could be a part of the “Iron Man” series, but it is widely known that the director insisted on casting the star.

“As we were adapting the story for a dramatic structure, there have been some mistakes made and some of the contents were [neglected] from a thorough check,” said an official affiliated with the show, according to local media reports.

“In the future, we’ll be more cautious.