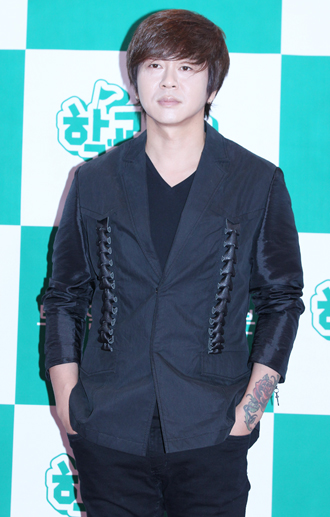 Singer Yoon Do-hyun, lead vocalist of the band YB, is releasing a solo album for the first time in five years, according to his agency, Dee Company.

While Yoon has focused on upbeat, loud music as a member of his band, he plans to include more acoustic songs on his album to show a different style.

Ever since Yoon debuted in 1995, he has released multiple albums, including “Difference” in 2005, alongside his work in the band.

The title song of the 2005 album “It Must Have Been Love” instantly became popular and Yoon garnered wider public recognition as a result.

He then continued to work with many other local artists on collaborations.

Prior to the full album release, Yoon will unveil one of the tracks, tentatively titled “My Life These Days,” on Thursday.