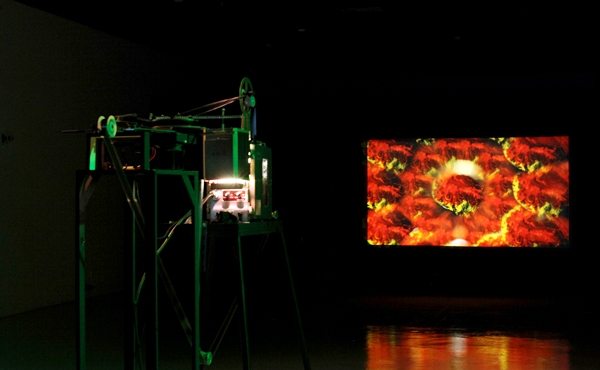 This September is being dubbed the month of biennales in Korea because four major art shows are starting.

But the quality of the events in Seoul, Gwangju, Busan and Daegu will be scrutinized by art critics and the public more than ever. There is increasing concern that local governments have launched too many biennales competitively without careful consideration of quality, while two of the shows - in Gwangju and Busan - became mired in controversy during their preparation processes.

“Through the keywords, this exhibition will retrospect on contemporary Asia,” Park Chan-kyong, curator of the main exhibition, wrote in an introduction note: “Ghosts stand for the forgotten history and tradition of Asia, spies symbolize the memories of the Cold War, and the grandmothers are metaphors of ‘women and time.’?”

This seems to be a spontaneous theme from Park, 49, the artist and film director who has long been interested in the survival and evolution of Korean shamanism and minor religions during the country’s rapid modernization and industrialization. 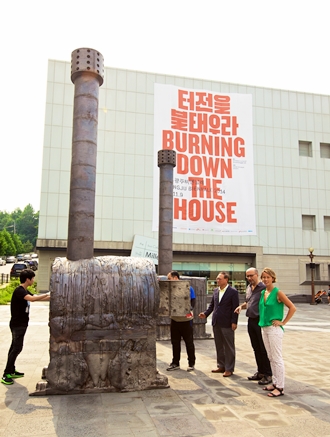 U.S. artist Sterling Ruby’s “Stove” is at Gwangju’s biennale. Provided by the organizers

The main exhibition of Gwangju Biennale’s 10th edition, directed by Jessica Morgan, Daskalopoulos Curator of the Tate Modern, has the aggressive title “Burning Down the House.”

“Evident in aesthetics, historical events, and an increasingly rapid course of redundancy and renewal in commercial culture, the Biennale reflects on this process of, often violent, events of destruction or self-destruction - burning the home one occupies - followed by the promise of the new and the hope for change,” the biennale homepage reads.

More than 105 artist teams from 35 countries will participate in the main exhibition.

But the biennale could be held without the head of its organizing committee - the Gwangju Biennale Foundation - present. Lee Yong-woo expressed his will to resign directly after the opening ceremony to take responsibility for the censorship controversy over the last month about a satirical painting of President Park Geun-hye.

The large painting, created by Hong Sung-dam for the biennale’s additional special exhibition “Sweet Dew - After 1980,” depicts Park as a scarecrow facing off against the families of Sewol ferry disaster victims.

The Gwangju city government, which sponsors the special show, pressed for the painting to be excluded. The Biennale Foundation, after discussions, decided to delay its display but then faced strong protests from the artist and his supporters. After several twists and turns, Hong voluntarily withdrew the painting, but the controversy is still ongoing.

For more information about the biennale, visit www.gwangjubiennale.org or call (062) 608-4114. 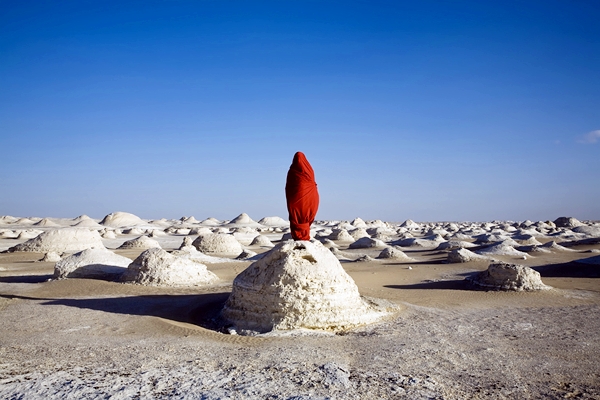 In the fifth edition of the Daegu Photo Biennale, titled “Photographic Narrative,” 250 artists from 31 countries, including Korea, Spain, Italy, Argentina and Brazil, will participate.

The main exhibition “Origins, Memories & Parodies” features photos and image collages that blur the borders between objective fact and subjective memory, between history and fiction and between reality and illusion. The show, curated by Spanish critic Alejandro Castellote, will excite anyone who has ever raised doubts against the common belief that photographs are objective records.

The eighth edition of the Busan Biennale has the title “Inhabiting the World.” More than 160 artists from 30 countries will participate in the biennial in the southeastern port city, including the main exhibition of the same title curated by French art critic Olivier Kaeppelin.

Like the Gwangju Biennale, the Busan Biennale 2014 has not been free from conflict. Art critic Oh Kwang-su resigned as the chairman of the biennale’s operating committee in June after suffering months of discord with Busan-based artists and curators.

Oh, 76, is an influential figure in the Korean art world who served as head of the National Museum of Modern and Contemporary Art between 2000 and 2003. He sparked strong opposition from Busan’s art industry in October by refusing to appoint Kim Seong-youn, a Busan-based artist and curator, as the only director of the biennale even though Kim obtained the most votes from the director selection committee.

Oh, instead, demanded Kim and Kaeppelin, who won the second most votes, co-curate the show. Kim gave up the post in protest and the Busan art world turned its back on Oh, who eventually resigned.

“Inhabiting the world is an active attitude, a sign of vitality, the will to act upon the world and change it, and this energy, this fluidity, characterizes the city of Busan,” Kaeppelin noted on the biennale’s website.

Viewers will need to attend the show to make up their own minds.