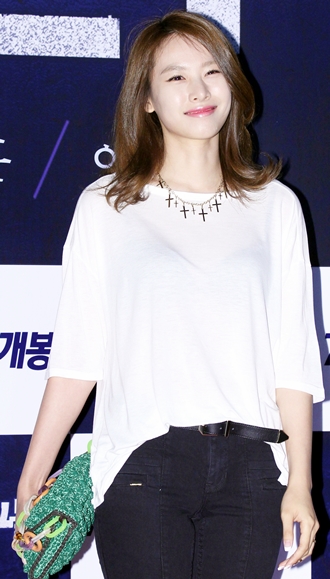 Actress Jo Yoon-hee of the SBS drama “Lie to Me” has confirmed her role in a period drama tentatively titled “King’s Face,” an entertainment industry insider told Ilgan Sports, an affiliate of the Korea JoongAng Daily.

In the Joseon Dynasty (1392-1910) drama, Jo will play Kim Ga-hee, who is stuck in the middle of a love triangle with King Seonjo and his crown prince, Gwanghae.

The report said Jo’s representative also confirmed that discussions about the role went well and that a final meeting with the drama’s director was scheduled.

It’s been about a year since the actress has appeared on the small screen, ever since the MBC drama “Scandal,” which ended in October.

The drama tells the story of how Gwanghae fights to become king after 16 years of murder threats. Actor Lee Sung-jae is currently being considered to play King Seonjo, while Seo In-guk may play Gwanghae.

The drama is set to air in November.