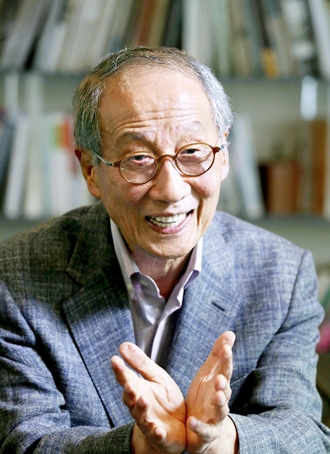 When Pope Francis visited Korea earlier this month, millions gathered to attend his Masses. Similarly, more than 15 million turned out to see the recent debut of the film “The Admiral: Roaring Currents,” which centers on Joseon Adm. Yi Sun-sin’s legendary naval victory in the Battle of Myeongnyang (1597).

But experts say those figures may serve as a warning sign for Korean politics, which currently lacks solid leadership and communication skills. They also say it could also be indicative of the fact that Koreans are longing for a new leader or a role model.

In the 2012 presidential election, former businessman Ahn Cheol-soo emerged as a new political figure and was touted as an alternative to the country’s partisanship-oriented politics. Though he was once deemed to be the front-runner in the presidential election, Ahn quit the race to throw his support behind Moon Jae-in, at the time the front-runner for the main opposition Democratic Party.

But Ahn’s popularity began to wane sharply when he joined the National Assembly in March this year, winning the race for Nowon C District. But he and Kim Han-gill, who co-chaired the New Politics Alliance for Democracy (NPAD), were forced to step down from their positions after the party faced massive defeats in the July 30 by-elections.

“I learned that a political leader is nurtured, not brought in from the outside,” said Yoon Yeo-joon, a well-known political strategist who worked as Ahn’s mentor, when he sat down for an interview on Aug. 20 with the JoongAng Ilbo. “A good leader is raised by spending time with people [as a politician], and there is no fast and easy way.”

The interview came five months after he quit Ahn’s faction as it merged with the main opposition Democratic Party.

Q. Why do you think the movie “The Admiral: Roaring Currents” has become so popular?

A. People thirst for such leadership, the kind based on principles and sacrifice. But they should not compare the heroic achievements of a naval commander in the Joseon Dynasty to the leadership needed in today’s democratic country.

What kind of leadership is needed in a democratic country?

I believe a person needs six abilities to run a democratic country: he or she must have a vision for the nation; create and execute policies to realize that vision; create or change the national system; manage personnel; manage diplomatic relations; and seek peace on the Korean Peninsula.

A leader should also be equipped with both theoretical knowledge and experience. This is never easy, and that is why good leaders don’t show up often. They should be raised and educated in political parties from when they are young, instead of being brought in from the outside.

Leaders in the current political arena seem a lot different from what you described.

First of all, the president should respect the National Assembly instead of trying to rule it. Presidents used to incapacitate ruling parties. Even Kim Young-sam and the late Kim Dae-jung, former presidents who vowed to fight against authoritarianism, ruled the country in authoritarian ways once they were sworn in. That was because they didn’t train themselves to be leaders for a democracy. Presidents often fear that their authority will be weakened if they share it. But the truth is the opposite. It gets bigger when it is shared.

Do you think the president should be the most responsible?

Political parties are responsible as well. The ruling Saenuri Party relies too much on the president, and the opposition parties only try to have all-or-nothing wars. The ruling party’s role is important. It is supposed to serve two purposes: to hold the administration in check and to act as the ruling party at the National Assembly. But it is losing trust because it only pursues the second purpose. It doesn’t do any good for the president, either.

How should democratic leadership work?

Politics in Korea aren’t operating well. The special Sewol law, for example, is in a stalemate following a renegotiated bill between the ruling and main opposition parties. Critics say we are missing parliamentary democracy.

It shows how poor our parliamentary democracy is. Political parties are supposed to conflict and find solutions through communication and compromise, and if it is not negotiable, it is determined with a majority vote. If the parties finalize a deal, it is considered a norm. If these basic principles of compromise and negotiation are not applicable, parliamentary democracy cannot exist.

Is it because politicians are not skilled enough?

It stems from a fundamental distrust in politics. The families of the Sewol victims don’t trust the government because we have seen ruling parties try to conceal the truth in huge accidents. The relatives are furious because the government acted like a bystander, and the authorities didn’t attempt to reveal the truth even after the president called for it. I totally understand their sadness and anger, but the accident should be handled through the principles of parliamentary democracy. I wish the family members could concede and embrace those principles.

The “Ahn Cheol-soo syndrome,” perhaps, stemmed from the need for new politics. But many were disappointed by his efforts after he entered politics.

The world “syndrome” shows how much people thirst for change. Ahn was loyal enough to promise he would change the political circles, but he wasn’t so prepared for the presidential race. I believed he gave up the race because he was in a hurry and there was no supporting organization for him.

When he worked on building up his faction this year, he came to me for help. I thought he would have worked on his shortcomings and would have been more prepared than two years ago, but he did not meet my expectations.

Ahn, at first, tried to create a new political party but abruptly merged with the main opposition Democratic Party. Why do you think he chose to do so?

I never asked him why. But based on his statements, he may have concluded that it was more effective to use the large existing party. I believe he was certain he could change the Democratic Party to center his new politics. He did not know politics well or how they operated, so he was naive enough to believe their negotiating terms were as they were.

You helped Ahn two times and left him two times.

I could have exactly predicted what would have happened to him. Ahn told me his plans when he was onboard with the Democratic Party, but I thought it wouldn’t be possible, and he neither had the rationale nor the practical interest. I couldn’t go on with him because I didn’t think it was the best way to pursue new politics.

Do you think Ahn is able to remake himself?

I think he is willing to do it again. But it will be more difficult because he fell short of people’s expectations. Ahn needs to ask himself whether he wants to become a president or change politics.