NPAD should cut its losses

NPAD should cut its losses 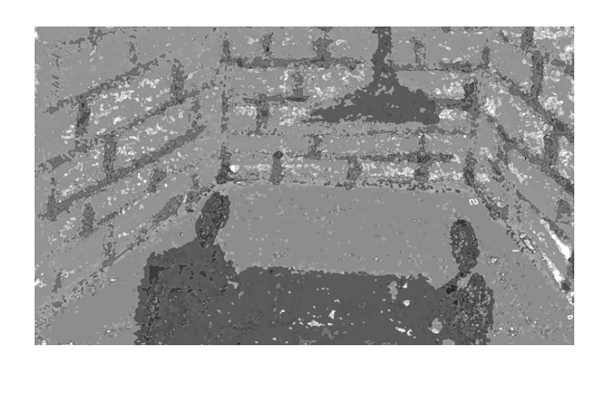 Stacks of bills related to the economy and livelihoods of people have been gathering dust, held hostage by never-ending partisan wrangling over a special law to investigate the Sewol ferry sinking. Choi Kyung-hwan, deputy prime minister for economy, on Tuesday issued a public statement to emphasize that the economy could be in jeopardy if lawmakers do not pass laws to resuscitate it through various policy changes and incentives. At the same time, the New Politics Alliance for Democracy made a public statement in front of the National Assembly declaring it will boycott the entire legislative agenda and protest outside the building until President Park Geun-hye and the ruling Saenuri Party comply with demands from bereaved families and relatives of victims lost in the Sewol tragedy. From the looks of the hostility and gridlock, there is no hope the necessary laws for economic revival will pass the National Assembly anytime soon.

But one has to wonder. For what and for whom is the main opposition fighting? The NPAD claims it will continue with its protest until it can be sure that the truth behind the sinking of the ferry and why so many lives were lost can is known. But the causes of the ferry’s sinking and sloppy rescue operation already are, more or less, known. So are the irregularities and corruption of the ferry operator Chonghaeejin and the dubious family empire of owner Yoo Byung-eun. Prosecutor investigations have progressed far enough and trials are ongoing for the captain and crew who left passengers on the ferry without evacuation orders. Still in need of clarification are the mishandling of the aftermath and botched responses from the government and president. Incompetence and lack of responsiveness on the part of the administration have been criticized repeatedly. Extra information might be dug up through additional questioning. Both the Blue House and Saenuri Party have reiterated that they will cooperate fully with the investigation stipulated by the special law. The ruling and opposition parties have debated the details of the law and revised it twice.

The NPAD reversed its course after families of victims refused to go along with the bipartisan legislation. It proposed a tripartite meeting for renegotiation among representatives of the two parties and families. The Blue House said it wouldn’t get involved since it was a legislative matter and the Saenuri Party rejected a renegotiation. Both the Blue House and Saenuri Party can claim they have done what they could. It was the NPAD that twice overturned agreed-upon terms and then came up with an alternative proposal unacceptable to the government. The NPAD is undermining its own authority as the main opposition by running to the victim families for approval and breaking agreements because they were rejected by the families. Now it plans to join families to rally against the government. Does the issue really require lawmakers to abandon their jobs and instead hit the streets to protest?

The party has lost its way since it focused on attacking the government over the Sewol crisis during the campaign leading up to July 30 by-elections. It was dismally defeated by the ruling party. The people sent a clear message that they want the economy revived more than uncovering political culprits in the ferry disaster. They had grown impatient with a tragedy being abused as a political vendetta. Judgment and accountability for the Sewol must have the empathy and support of the public. If the people believe the blame-game has gone too far, the truth-finding campaign could lose steam. The NPAD is taking a huge chance by abandoning much-delayed lawmaking work that would affect the majority of the population to protest on behalf of victim families.

The economy cannot suddenly pick up just because bills are passed and laws enacted in August. At the same time, the economy won’t suddenly break down because of legislative delays. But the opposition party will be complicit if the economy recedes in the second half of the year. In fact, it could be doing the government and ruling party a favor by walking out.

A TV advertisement warns “You end up losing no matter whether you win or not” when you place bets on illegal sports gambling. The NPAD is gambling on a game that it will end up losing whichever way. It should have learned something from the results of the last election. The party does not clearly explain why it is risking so much with its reckless boycott and protest.

Perhaps, the NPAD believes it cannot backtrack now. But now is the best time to the best time to make up for the losses. Stop loss can be a wise stock investment move for investors to cut their losses. The NPAD must stop its vain gambling and return to its original role of representing the people. We do not wish to see the main opposition party sink. It must first cooperate with the ruling party on the urgent economy-related laws. Then it will have a better reason to attack the government and ruling party if the economy does not pick up. If the economy improves, people’s lives will get better. If not, it can better persuade the people to judge the government. The NPAD must find its way out of the mess it created.