Baek Ji-young performs in the U.S.

Baek Ji-young performs in the U.S. 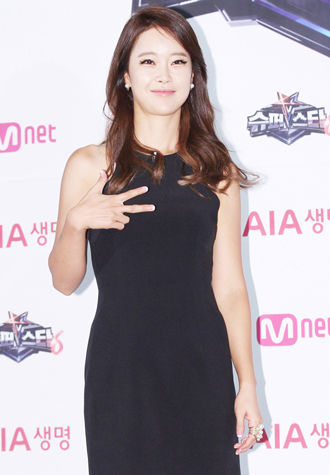 Baek Ji-Young will become the first K-pop singer to perform at the Avery Fisher Hall at the Lincoln Center in New York on Saturday.

“I think there is nothing else I can do but to give a good performance,” said Baek, according to local media reports yesterday. “I’ll do my best not to disappoint the audience members who visit.”

The singer is also holding her solo concert “Sentimental Memories” in the United States today at Club Nokia in Los Angeles.

She will present many of her hit songs, including “My Ear’s Candy” and “Good Boy,” along with songs included in TV dramas such as “That Woman” from the SBS drama “Secret Garden” and “Don’t Forget” from the KBS drama “Iris 2.”

After her two concerts in the United States, the singer will come back to Korea to start her national tour “2014 Baek Ji Young Show - That Woman.”

The concert will start in Seoul Olympic Park in Songpa District, southern Seoul, on Sept. 20, and will then move to major cities including Busan, Daejeon and Cheonan.