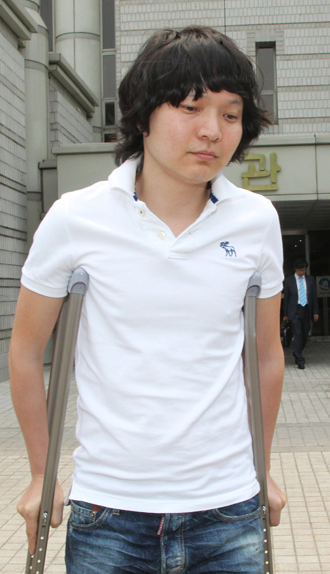 Entertainer Shin Jung-hwan was acquitted of fraud yesterday after he was accused of taking money from an aspiring musician’s parents in return for establishing him in the entertainment industry.

The Seoul Metropolitan Police Agency decided that there is no case against the celebrity and told the local prosecutor’s office not to indict him.

The police started an investigation after a businessman surnamed Shin filed a complaint in June that said the singer had taken 100 million won ($98,630) from him in 2010, around the same time Shin was charged with gambling overseas. Gambling is illegal for a Korean citizen.

The entrepreneur dropped the charge, but the police continued its investigation.

The celebrity introduced the businessman’s son to a composer and he even recorded an album, but never made any TV appearances.

During police investigation, Shin said that he thought he would be able to pay back the money he borrowed because he was working at the time, according to media reports yesterday.

But he had to drop out of TV programs because he was imprisoned for illegal gambling for about six months. He was released on parole in 2011.

Reports yesterday also said that the police decided to acquit him because the star had paid back some of the money he borrowed and said he would pay back the rest.