Song deals with a taxing issue

Song deals with a taxing issue 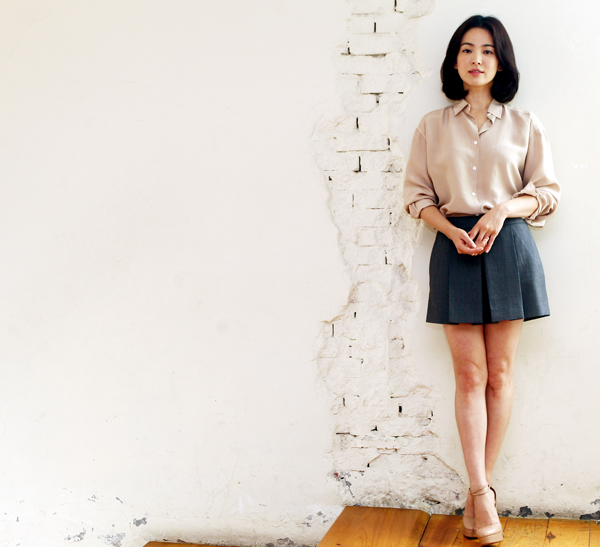 Song Hye-kyo has been dealing with her biggest crisis since debuting in the entertainment industry after it was reported she had evaded taxes for about three years.

The actress said that because she had a company handle her taxes, she didn’t know that were problems with her payments. She explained that her negligence to keep an eye on the process meant some of her payments were not made.

But the tide has not turned in her favor, with a few netizens saying they will boycott the movie, while members of the public say they feel particularly cheated because Song’s frequent charity donations have given her an angelic image.

“I just feel so sorry for my colleagues and the people I worked with to make the movie,” she said during a question and answer session with local media.

Q. How do you feel about the issue?

A. Everything happened because of my carelessness and ignorance. I have nothing else to say but sorry. I think I was so foolish, and I’m disappointed at myself for thinking that I just need to ask a professional to take care of it because of my lack of knowledge. I’ll make sure nothing like this ever happens again. I’m so sorry to my disappointed fans.

Was it stressful to stand in front of media after the issue surfaced?

I really have debated whether it is OK to be here. I wondered whether it would be more helpful for the movie if I just didn’t show up. But such a decision wasn’t something I could make alone. The movie isn’t something I made alone - many people have contributed their efforts to it. I decided I needed to keep the promises I made to them.

What did your friends say about the issue?

Many scolded me. No one had any warm words for me. Many people around me told me to take full responsibility right away about what happened, even though there were ways I could have avoided the issue or tried to hide from it. I also think the issue isn’t something that could have been resolved if I were to avoid it. It’s a mistake I made, so I need to take all the blame.

Do you think the public’s rage is exacerbated since ordinary people don’t get taxed an overly large amount?

I have nothing else to say but I’m sorry. It is natural that the public is outraged and disappointed.

When you were making a public apology during the movie screening, you said you had no reason to trade the happiness you feel now for three years’ worth of tax payments. What does that mean?

I’m fully aware of how thankful I should be about the things I get to have and enjoy. I [started my career] before any of my friends did, and I made a lot [of money]. Everything has come [to me] because the public made it happen. As I said during the movie screening, all I care about is living happily with the people I love, without hurting anyone. I meant to say that I had no reason to trade everything for three years’ worth of tax payments.