Damas and Labo are ready to roll

Damas and Labo are ready to roll 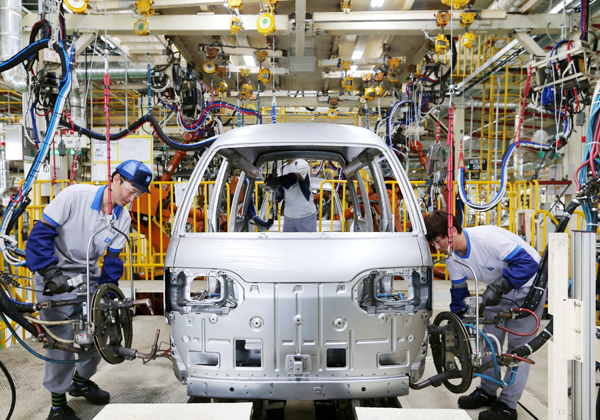 GM Korea employees work on a Damas light commercial van yesterday at the Changwon plant. The automaker built a new pressing factory dedicated to producing the Damas and Labo.Provided by the company

CHANGWON, South Gyeongsang - Although it was a cloudy day, the faces of GM Korea employees and executives at the Changwon plant weren’t gloomy.

Not only because they just concluded wage negotiations smoothly, but they are resuming production of two light commercial vehicles (LCVs) - the Damas van and Labo truck - that are regarded as “essential items” for small business operators they can maneuver on narrow streets and are cheap to maintain.

The two vehicles were discontinued last year because of the expense of meeting stronger safety and environmental standards. GM Korea is the nation’s only producer of LCVs.

However, after several petitions filed by small business operators and the government’s decision to delay implementation of the regulations, they were revived earlier this year and started delivery this month. The Damas and Labo are now produced in a more sophisticated and efficient way at the Changwon plant, the production base of GM Korea’s small vehicles, including the Spark. 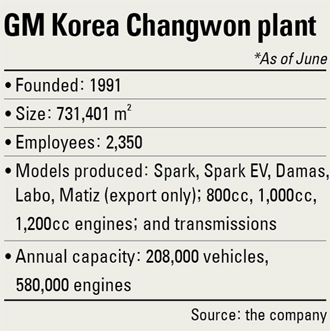 GM Korea, the nation’s third-largest automaker, said it cost 20 billon won ($119.7 million) to restart production of Damas and Labo, but the company now has a pressing factory earmarked for the two LCVs. The new body shop, which just began commercial operation earlier this month, is 4,400 square meters (47,361 square feet).

It also created about 200 jobs.

“This investment is meaningful for GM Korea and, above all, our employees and customers,” said GM Korea President and CEO Sergio Rocha yesterday. “We will continue to do our best to satisfy environmental and safety regulations through constant implementation of engineering research in addition to providing better products and services for our customers.”

The Brazilian CEO expressed his appreciation to the government for allowing continued production of the Damas and Labo. The Changwon municipal government even declared a “GM Korea Day.”

For the Korean unit of General Motors, the LCVs mean more domestic sales. The company recorded its best July sales ever last month and has enjoyed 13 consecutive months of year-on-year domestic sales growth even without Damas and Labo.

“The return of these vehicles will generate even bigger growth momentum in Korea,” he said. “We can now work together, moving from confrontation to collaboration.”

GM Korea also said it plans to export the Damas and Labo.

“We will export to any market that raises its hand,” said Marc J. Comeau, the vice president of vehicle sales, service and marketing at GM Korea.

Comeau said it was inevitable for the company to raise the price of the vehicles because of its costly investment. However, he said the prices of the two LCVs will remain affordable even if additional equipment such as tire pressure monitoring systems and on-board diagnostic systems are added in the next few years.

“We have been sensitive to price increases considering that these’ve vehicles are used by small businesses,” Comeau said. “We kept the price at what we believe is the minimum.”