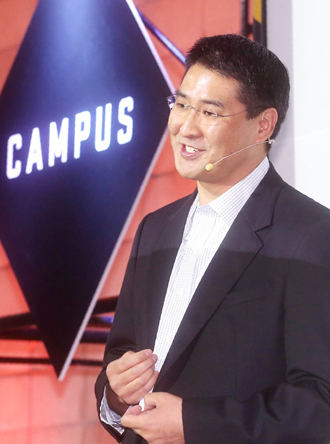 Google announced it will open its first Asian start-up incubator in Seoul.

The world’s largest search engine company said yesterday that Campus Seoul will be set up in Daechi-dong in the heart of Gangnam District, southern Seoul, in the first half of 2015.

Campus Seoul will have a size similar to Campus London, which was established in 2012 and covers 2,000 square meters (0.5 acres). The company said construction on the facility has already started.

“The establishment of Campus Seoul is a part of Google’s continuous efforts to invest in the future of Korea,” said Bridgette Beam, global entrepreneurship manager at Google.

“In particular, considering Seoul’s fast growth of start-up communities, high competitiveness of developers, leading technologies in the mobile sector and innovation in the Internet of Things, it was obvious that Seoul was the next location for Google Campus,” she said.

“Seoul is a place with many talented entrepreneurs and we are sure that if we support them with Google’s resources, we can help them succeed globally.”

Google said the campus aims to provide opportunities to Korean entrepreneurs to expand abroad by offering its own global network, technology infrastructure, as well as mentoring by Google’s experts.

It will also provide various training programs for future entrepreneurs including Campus for Moms, Campus EDU and Techtalk.

Campus Seoul will join “Google for Entrepreneurs,” a community composed of dozens of global start-ups, which will help Korean entrepreneurs interact with major start-up hubs worldwide and participate in exchange programs with campuses in other countries.

Unlike other start-up programs, or so-called angel investors, Google’s incubator does not demand equity shares in start-ups.

The world’s largest search engine said it wanted to create a hub for an entrepreneur ecosystem by supporting free entrepreneurship.

Google campuses have opened in London and Tel Aviv.

Sundar Pichai, Google’s senior vice president of Android, Chrome and Apps, said many of the most creative achievements on the Android platform came from Korea.

Korea has played a critical role in the expansion of the Android platform through Korean smartphones and the countless Korean start-ups that have developed Android apps, making it one of the top five countries in terms of Android developers.

“Korean Android app developers can enrich the Android ecosystem if they advance overseas,” said an analyst at Eugene Investment and Securities. “Google’s establishment of Campus Seoul can be a foothold for the creation of more start-ups.”

“Start-ups on the campus will be connected to Google’s 125 co-working spaces around the world, as well as the campuses in London and Tel Aviv,” said Beam.