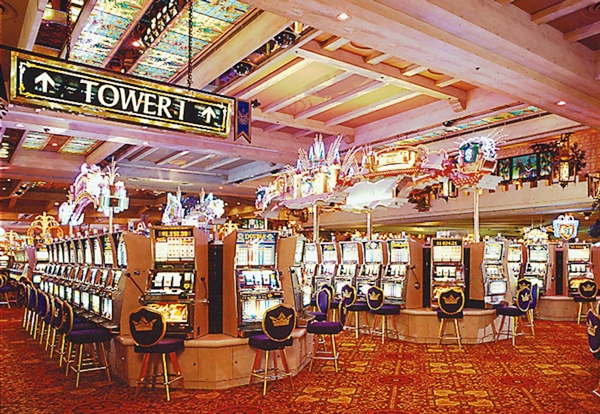 An MGM casino in Las Vegas. Japan is betting on getting help from Las Vegas to boost tourism, jobs and tax revenue. Provided by MGA

MGM Resorts is looking over Tokyo’s famed Tsukiji fish market as a site for a giant casino. The jokes, of course, are on the obvious side.

More than humor is at stake, though. Japan is betting on getting help from Las Vegas to boost tourism, jobs and tax revenue. Why, then, is it thinking of letting MGM and Las Vegas Sands chief Sheldon Adelson build them in places that are doing just fine without baccarat tables and roulette wheels? Japan should be steering these gargantuan, multibillion dollar projects to regions that really need them - like economically depressed Okinawa Island and Tohoku, the northeast region that still hasn’t recovered from the March 2011 earthquake.

Tokyo, after all, is awash in the largess that already is flowing to the host of the 2020 Summer Olympics. These are boom times for construction companies, which historically have been generous contributors to the ruling Liberal Democratic Party (LDP). Tokyo-area public-works projects mean higher profits - and fatter kickbacks to entrepreneurial politicians - than those in the Japanese hinterlands. This alone may explain why bureaucrats are all too happy to see casinos go up at the Tsukiji fish market, just steps away from the glitzy shopping enclave of Ginza, or Tokyo’s booming Odaiba district.

Prime Minister Shinzo Abe should step in and ensure that the Las Vegas-ization of Japan supports the nation’s true needs. A key focus of his revival program, dubbed Abenomics, is supporting regional economies. According to the Nikkei, his government plans a $39 billion local stimulus fund, including road and railway construction. That money, of course, will come from fresh borrowing, adding to Japan’s debt load, already the highest among the world’s developed nations.

My question is why bother, when Las Vegas can do the job for the government? In the short run, giant construction projects in Okinawa, the northeast or up in Hokkaido would offer a jolt of economic stimulus that’s been needed for decades now. In the longer run, casinos could create growth ecosystems of their own - worth almost $40 billion a year, according to a 2009 Osaka University of Commerce study.

Adelson & Co. want the metropolitan trappings that Tokyo offers: convenience, great infrastructure, a bevy of cultural experiences and proximity to major airports. But Abe’s LDP should offer Vegas a quid pro quo: if you want us to amend our laws to welcome your gaming tables, you must meet us halfway and place them where Japan needs them.

Okinawa makes eminent sense. Arguably Japan’s poorest prefecture, it’s burdened with U.S. military bases and personnel encroaching on some of the world’s most pristine beachfronts. Building casinos there would pump much-needed vitality into a population that’s long felt forsaken by Tokyo. If it were a matter of location, location, location then it would be Fukuoka, on the western island of Kyushu. Its world-class airport enjoys proximity to China and South Korea that Tokyo’s airport doesn’t. If synergies are important, why not the Niseko region of Hokkaido, in Japan’s far north? It’s already a tourism mecca, attracting millions of Australians, Chinese and South Korean skiers, hikers and food enthusiasts.

But it’s Tohoku that needs a touch of Vegas the most. Slow-going all along, efforts to rebuild cities and towns wiped out by the earthquake have taken a backseat to Tokyo 2020. Few projects would revive things faster in the forgotten northeast than casinos. Abe could encourage the construction of a new Shinkansen bullet train route up that way. Perhaps even a bigger international airport. -

Along with the structural change at the heart of Abenomics, Japan needs to decentralize economic growth away from Tokyo ­- not further concentrate it there. Las Vegas tycoons who want to create Asia’s second-biggest gambling market after Macau can help. Japan’s government just needs to bet smart and make sure that the casinos are placed where they can do the most good.