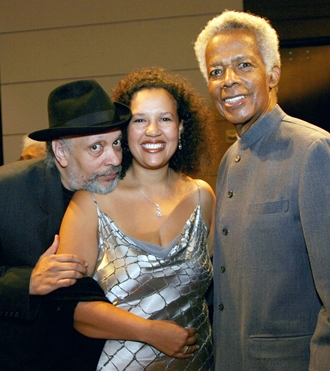 NEW YORK - William Greaves, the Emmy-award winning co-host and executive producer of a groundbreaking television news program and a prolific filmmaker whose subjects ranged from Muhammad Ali to the Harlem Renaissance to the black middle class, has died at age 87.

Greaves died Monday at his Manhattan home after a prolonged illness, according to his granddaughter, Liani Greaves.

A minister’s son born in New York City, Greaves had a diverse background that included drawing, acting, dance and engineering. He leaves behind a vast film archive of black art and culture.

Greaves made hundreds of movies, and in the 1960s, he served as co-host and executive producer of “Black Journal,’’ among the first TV news programs designed for a black audience. “Black Journal’’ won an Emmy in 1970 for excellence in public affairs.

He studied engineering at City College of New York, but dropped out to pursue a career in the performing arts. He joined the American Negro Theatre, where fellow members included Harry Belafonte and Sidney Poitier, and was briefly part of The Actors Studio, with Marlon Brando among his peers.

Greaves appeared in “Lost in the Stars,” “Lost Boundaries” and other movies, but he became frustrated with the roles offered to black performers, especially after being asked to play a porter in a Broadway revival of “Twentieth Century.’’ He moved to Canada and immersed himself in documentary-making as part of the National Film Board of Canada.

The rise of the civil rights movement opened up chances for work in the United States, and in the early 1960s, he returned and formed William Greaves Productions. His notable documentaries included “Still a Brother: Inside the Black Middle Class’’ and “From These Roots,’’ about the Harlem Renaissance.

In 1966, at the request of the United States Information Agency, he traveled to Senegal and filmed the First World Festival of Negro Arts, which featured Duke Ellington and Langston Hughes, among others. He also made the experimental “Symbiopsychotaxiplasm: Take One,’’ what he called a “cosmic comedy’’ about a director (Greaves) facing a rebellion from his cast and crew. A cult favorite admired by Steven Soderbergh, “Symbiopsychotaxiplasm’’ was filmed in the late 1960s, but wasn’t released until 2005.

One of Greaves’ most widely seen productions was “Ali, the Fighter,’’ a documentary about the 1971 championship fight between Ali and Joe Frazier, a 15-round bout won by Frazier.

In 1968, Greaves was selected to co-host “Black Journal,’’ a news magazine developed by National Educational Television.

In 1959, Greaves married Louise Archambault, who collaborated on many of his films. They had three children.