Guitarist gives children in need the gift of music

Guitarist gives children in need the gift of music 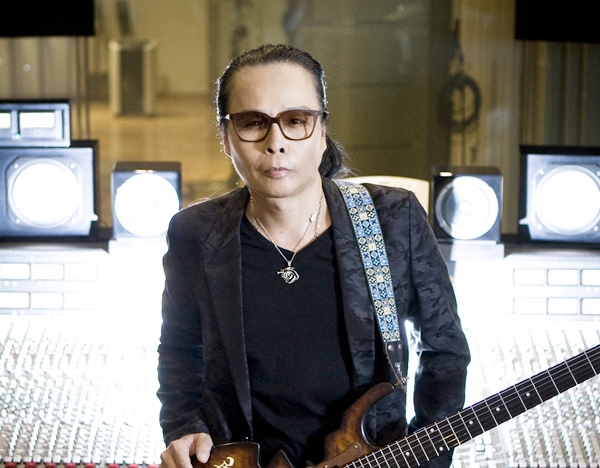 “I think playing a musical instrument is greater than any other subject learned in school,” says guitarist Kim Tae-won. By Kwon Hyuk-jae

Guitarist Kim Tae-won, who has led the rock band Boohwal for nearly 30 years, is set to donate musical instruments today to youths from marginalized families through the Samcheok branch of We Start, a charity movement for children, in Gangwon.

Kim is slated to give away 65 musical instruments, including violins, flutes and clarinets, which he bought with 12 million won ($11,821) he earned from his performances in Chuncheon, Gangwon.

The instruments will be distributed to the children today in a ceremony at Samcheok City Youth Center.

“I think playing a musical instrument is greater than any other subject learned in school. It heals your soul even if you don’t do it professionally,” he said. “I also secretly dreamed of being a musician, playing my brother’s guitar when I was young.”

“I hope my small contribution will be helpful for the children in need,” the musician added.

One of his goals is to use 70 percent of the proceeds to help disadvantaged children who do not have access to instruments or music programs.

The We Start in Samcheok was the first organization he chose for his philanthropy.

“I’m a middle-aged man now, in a lonely time of life,” he said. “Giving a helping hand to people comforts me, too. I’d like to call it ‘the great circulation.’”

Next year, his band Boohwal will celebrate its 30th anniversary.

“Succeeding in running a team for 30 years is rare,” Kim said. “I could make it because we had fans, and the only way for musicians to return such a favor is to continue their music.”

Boohwal recently released a new song “I Am Loving You” with a new teenage vocalist Kim Dong-myeong.

“It’s the first song I wrote about love in a progressive tense,” Kim Tae-won said.

“I used to write love songs in past tense, saying ‘I loved you,’ but I suddenly realized that there are many people I should actively love, like my family members and fans. Maybe I have grown up a little.”

The band’s first concert with its revised lineup will be held Oct. 5 at the 63 Building in Yeouido, western Seoul.