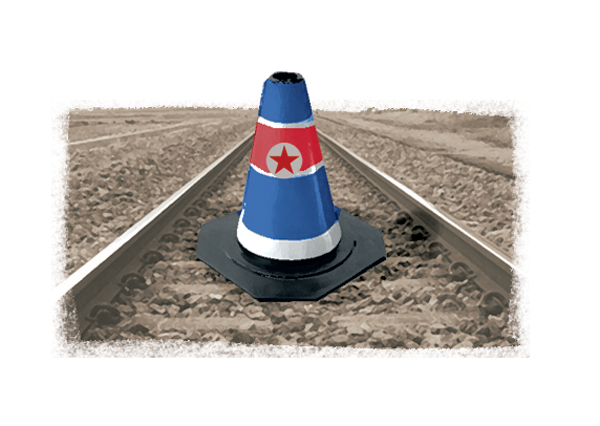 According to late political scientist and theorist of international politics Hans Morgenthau, the fate of the Korean peninsula has been swayed by the 2,000-year struggle to gain predominance among continental powers or to seek a balance between continental and maritime power. In his view, the Korean Peninsula has been chained to global powers. During the Cold War days, we were inundated with black-and-white dogma ? foes were on the mainland, friends across the ocean.

The end of the Cold War era broadened our horizon, turning the Asian continent into a land of opportunities for peace and prosperity. President Roh Tae-woo in the early 1980s and early 1990s sought rapprochement in foreign policy and normalized ties with China and Soviet Union. Subsequent governments, with the exception of immediate successor Kim Young-sam, all sought to tap new opportunities in Eurasia. Kim Dae-jung envisioned a so-called “iron silk road” by building a highway and railway to link the Far East to Europe through China and Russia. President Roh Moo-hyun wanted to create a regional bloc including North Korea, China and Russia. President Lee Myung-bak proposed cooperation with regional countries in the areas of agriculture, rail transportation and energy.

President Park Geun-hye announced the so-called Eurasia Initiative as a key item on her administration’s foreign agenda, along with trust-building with North Korea and a lasting peace and cooperation framework in the region. But her vision so far remains just that. Progress has been slow. The National Assembly’s Northeast Asia Peace Forum on Aug. 21 led to an international conference in Vladivostok on the topic of navigating “From Conflict to Cooperation” in the region. I was a member of the panel of speakers.

Panelists agreed that strain with North Korea interferes with South Korea’s Eurasia Initiative. Without improvement in the inter-Korean relationship, the project to establish a railway and energy supply infrastructure with Russia is impossible. The vision of seeking prosperity through partnership with continental countries could end up as wishful thinking.

Geopolitical developments also are working against the project. Russian officials were skeptical that South Korea can proceed with its business plans with Russia while the United States and European Union impose economic sanctions for Moscow’s intervention in Ukraine. South Korean officials are equally skeptical that the Kremlin is serious about joint development in the Far East. Russian President Vladimir Putin’s strategic pivoting toward Asia has accelerated after his falling out with Europe. But so far his policy consists of only words. Given the slow progress of agreed-upon energy cooperation projects in the past, South Korea cannot expect to see new developments in the Far East in the near future.

When the odds are long, thinking outside the box can be helpful. There were a few meaningful suggestions during the forum. One was to start with smaller projects and work up to bigger ones as mutual trust is achieved. North Korea should be invited to participate. Seoul’s mediation effort on reopening the railroad linking Hasan, Russia, with Rajin, North Korea, was a good example.

Another area with ample room for tripartite cooperation is agriculture. Twelve South Korean farming enterprises are doing business in the Maritime Province of Siberia. They have trouble with recruitment, productivity and making inroads in the sales network. More than 90 percent of their employees are Russians, but they are mostly older. Younger workers are hard to find because most of them left for urban areas. If farming workers are recruited from North Korea, South Korean companies could see benefits in both labor costs and productivity. North Koreans would even be content with salary payment in grain. Such cooperation could be an economic win for both Koreas and instrumental in building mutual trust.

Another interesting idea was to hold an annual international forum in Rason (Rajin-Sonbong) Economic Zone in North Korea. North Korea’s opening could be accelerated if it holds international events similar to the Davos Forum in Switzerland and Boao Forum for Asia in China, inviting hundreds of economic leaders from around the world. North Korea could host foreign investors, entrepreneurs and financiers and use the momentum to pitch its special economic zones. South Korea could sponsor the event by helping with invitations and funding.

These small, but meaningful steps could help President Park’s dreams for Eurasia to materialize. Specific actions must follow in order to make dreams a reality. It is how we can overcome our geographic fate and capitalize on the benefits of being a pathway between the continent and oceans, instead of a victim.

*The author is a professor of sociology at Yonsei University.