Keys to addressing the Sewol crisis

Keys to addressing the Sewol crisis 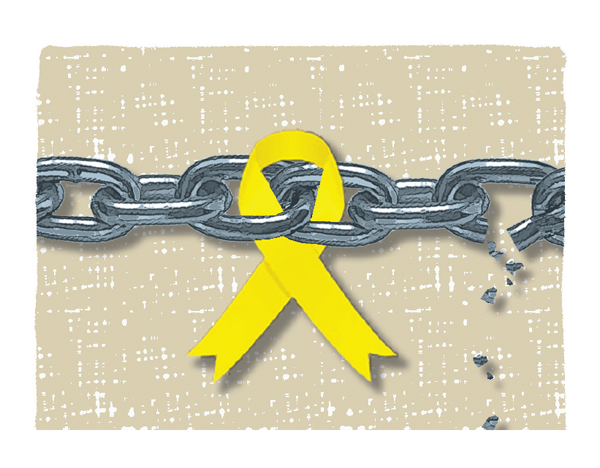 The Chuseok holiday is coming and hopes are high that politicians will manage to settle on a deal for a fact-finding mission on the deadly sinking of the Sewol ferry. Anticipation has grown that the loss and suffering of the victims’ families will not be wasted, but instead will be used as precious energy to build a safer country. To this end, President Park Geun-hye needs a forward-looking attitude, while the ruling party’s sense of responsibility and the opposition parties’ faithful attitude to speak on behalf of the public are also important. The key in resolving the deadlock, however, appears to be in the hands of the surviving families. Now, let us think about their insight.

First, society’s perceptions of the families are complicated. It is time to leave behind undesirable and unnecessary thoughts in order to be flexible. The majority of the people are standing by the families. They have cried together with the surviving families and shared their agonies. The families must stay with them. Manipulation has grown deeper to split the people and the families, and that is why we need their insight.

First, the families must not confuse the goal with the means. Although empowering the investigative committee with investigative rights and prosecutorial discretion was discussed as if it were the key issue, the real key issue is finding the truth. To achieve the goal of finding the truth, some argued that the committee must be given the right to investigate and prosecute, and that view, in our reality, is accurate. Many people are also supportive of the idea.

But if the families are obsessed with this, the controversy will turn into a legal dispute and eventually a power struggle. Therefore, they must only defend the goal of laying bare the truth, while holding the politicians responsible to find the best means. It does not benefit the families if they are seen as exercising their power to veto politicians’ agreements over and over.

The families must not make a decision alone to see if the means provided by the politicians are enough to lay bare the truth; there should be an additional step so that the public can also decide. We already have the advanced capability to speedily verify the people’s opinions through a fair sample survey. When the families act flexibly, the people’s voices supporting the fact-finding mission can grow louder.

Second, the two courses of the fact-finding mission must be separated. One will be the judicial process of investigating and prosecuting those responsible. The main doers of this process will be law professionals. The other will be the public activity of listening and monitoring the legal process. Newspapers, broadcasters and journalists will be the key doers. But recently, monitory democracy has blossomed to closely follow an issue. Families must use this idea.

The starting point will be controlling their desire, which can easily be seen as avarice. They should delegate experts to handle legal procedure, while demanding legislation to create a public entity, such as a people’s verification committee to find the truth behind the Sewol’s sinking, in order to faithfully perform the role of monitoring procedure.

To secure the authority of this body, someone recommended by the families can be appointed as the head of the committee by the National Assembly or the president. The checks and balances and the dynamic relations between the experts and the people will draw attention. It can be true democracy education.

Lastly, the most difficult and valuable wisdom will be transforming the role of the families from a passive attitude of protesting and supervising the current system to an active attitude of contributing to the building of a safe Korea. The families are currently demanding not only the truth but also a safe society. Although they demand a safe society from the government, the government lacks the ability to fulfill their demands due to longtime practices. Dangers and risks are everywhere in our lives.

The new starting point will be operating a grass roots movement to monitor risks in our lives and promote safety through a nationwide Internet communication network.

When they pressure the central government, local governments and other entities, including companies, and induce speedy responses, the synergistic effect of the transformation will become visible. The families have the moral power to lead this movement. When they lead, many people will join and society’s determination to assist it will be strong. It is also a way to realize the dreams of their young children lost in the disaster.

The proposals may seem like unrealistic ideals in our brutal political reality. They can be an expression of excessive expectation. But let’s see where our country stands. Building a safe society is not a small policy. It is a task of building a new paradigm to operate this country. President Park already declared this as a national restructuring. The Sewol’s sinking not only reminded us about the necessity of this task, but it also provided the energy to push it forward it.

Unfortunately, we have failed numerous times to systemize this energy for the past decade. The people’s voices were wasted and there is a high possibility that it may get lost again. It must not be repeated, and the surviving families, once again, hold the key. Hopes are high that the people can pay their respects at their ancestors’ graves with hope for the future during the upcoming Chuseok holiday.

*The author is a professor emeritus of sociology at Seoul National University.