The healing power of music

The healing power of music 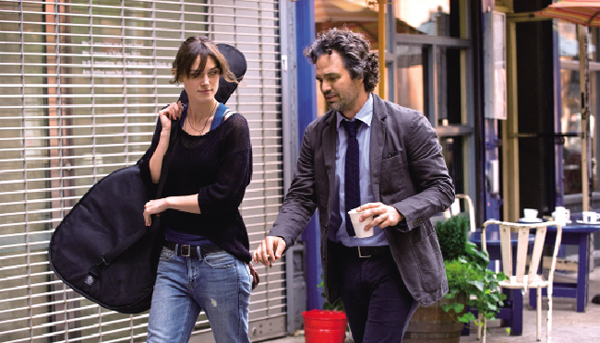 I don’t have many beautiful memories of high school, but there is one moment I still remember vividly.

I was a literary girl, and my best friend played the flute. She would come to school early to practice the instrument.

As I climbed the hill to school, I could hear her playing, and the sound always fascinated me. It was almost like the scene where Mozart’s aria from “The Marriage of Figaro” echoed around the prison in the movie “The Shawshank Redemption.” Tim Robinson played a record in the broadcasting room, and the classical music enraptured the prisoners.

Now that I think of it, I, a student worn out studying for the college entrance exam, was not much different from the inmates listening to music in the prison.

I am a fan of music. I have my own list of favorite musicians, but I also appreciate all genres. I am not particular about audio systems, though, and while manic music lovers oppose the use of headsets, I like to use them.

It feels like the music is pouring into my ears, and I become one with it, erasing all other irrelevant things in the world and feeling content just to be at one with the melodies.

A few days ago I watched the movie “Begin Again.” It is a movie by John Carney, whose 2007 indie musical film “Once” became an unexpected hit. Mark Ruffalo, a struggling music producer, meets a songwriter, played by Keira Knightley, and they heal each other’s pain through music.

The producer is reconciled with his family and the singer gets over a painful breakup. When the producer sees a street musician, he says that music gives meaning to even the most boring everyday moment. He also says that what you listen to tells you who you are.

Finding happiness in everyday life may be a luxury, but I asked myself when I felt happy most recently. I thought of a breezy day when I was walking along the street, listening to the music I like.

Michael Rossato-Bennett’s documentary film screened at the EBS International Documentary Film Festival, “Alive Inside,” chronicles the miraculous progress when music is played to seniors suffering from dementia in a nursing home.

The original title for “Begin Again,” a movie about starting anew, was “Can a Song Save Your Life?”

Yes, it’s true that music can save us.

*The author is a culture and sports news editor of the JoongAng Ilbo.