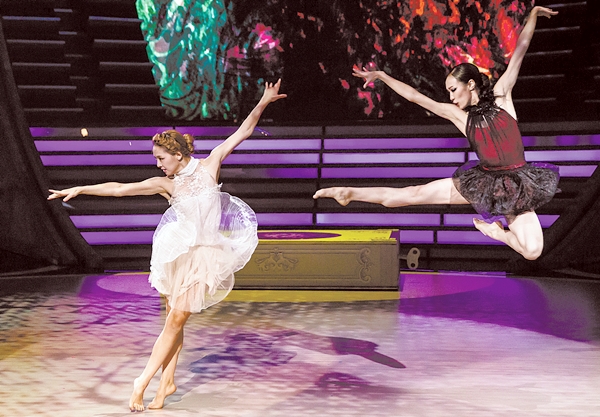 Amid the surge of reality TV audition programs that focus on finding unpolished young talent, cable channel Mnet went for a new approach in season two of “Dancing 9,” giving professionals the opportunity to reach a wider audience. The show gave momentum to lesser-known dance forms, including contemporary dance.

While b-boying and newer types of dance have gained attention from the general public, contemporary dance sometimes receives prejudice because it tries to express an abstract idea without a particular story line, making it harder to understand.

Moreover, the genre doesn’t really have obvious guidelines to separate lead dancers from supporting performers, so the audience sometimes fails to see who they should keep their eyes on.

“Dancing 9” had two teams, the Red Wings and Blue Eye, compete with one another through group dances that encompassed all types of genres.

Lee and Choi acted as idea banks in the show, coming up with the choreography for their group, the Red Wings.

Another draw of the program was that it had professional dancers from different fields collaborate with one another to win 500 million won ($491,421) and the opportunity to dance in a live gala performance after the program wrapped up.

However, in an interview with the JoongAng Sunday, Choi and Lee said they received more attention from the general public for their contemporary style of dance from just two minutes of airtime compared to the lukewarm response they have mainly received in Korea throughout their careers spanning two decades.

Choi Soo-Jin graduated from Korea National University of the Arts and is a former member of Cedar Lake Contemporary Ballet in New York.


Q. What made you join the program?

A. Choi: I thought about joining from season one because my acquaintances told me to. Back then I was more skeptical. However, after I saw that the first season had helped people become more interested in dance, I started to think it might be a good chance for me. I’ve worked in countries overseas, but only people in the dance industry know that, not the general public. I wanted to show who I am. It was the right time to show what I have done as a dancer in the best conditions.

Lee: I’ve said that Soo-jin cajoled me into it, but it’s not true to say I didn’t want it. I’m 30 years old and I thought I would never have a chance like this again.

Did you have any complaints about the program’s scoring system, which evaluates dancers based on teamwork rather than individuality?

Choi: As we went further into the competition, each team - red and blue - started to develop more of its own style. The red team’s style [suited] me. The blue team leaned more towards street-style dance, while the red focused heavily on [a more] classic style. For audiences, street style may seem more stimulating and appealing, but even though we didn’t have such an eye-catching effect, we did well by showing the true charm of contemporary dance, which induces a lingering effect. What I wanted to show was a performance that only [our team] could show.

How did you like the crossover performances with different dance genres?

Choi: The funny thing was that while we felt burdened competing with others, street dancers actually enjoy it because they are used to doing one-on-one battles. I was hurt when I received a score soon after my performance and an evaluation round, but I was able to calm myself down thanks to the street dancers. When we felt under pressure about winning and losing, the other team would console us by saying, “It is possible to lose, but you can also win.”

Lee: Dancers are usually very genuine. We had a family-like relationship and brought our friendships to the stage. You can’t dance when you are not comfortable with your partners because it all shows in your moves.

Didn’t it hurt your ego when you were being evaluated by judges with no professional dance experience?

Choi: [The judges saw] what would be seen through the eyes of the larger public. My own clique knows me well, so, in a sense, receiving comments [from people outside of professional dance] was refreshing because [people in my field] may have developed a certain prejudice about [my performance] no matter what type of dance I show because they may think “Oh, she is normally this way or that way.” A simple [moment of] awe [from the judges] followed with “You look great, you did well,” which made me realize that this is why I dance and that I need to do better.

Both of you started out in ballet but changed to contemporary dance. Why?

Lee: My teacher recommended it on the basis that I would be better dancing barefoot than in a pair of ballet shoes. I was told I would be better practicing basic ballet moves but trying to dance outside of the box. I think contemporary dance means freedom. The charm of it is that there is no right way to do it, while ballet has answers to [every move], considering angles and so on. When it comes to contemporary dance, the answer is to just dance as you want to move your body. Your movement just becomes a type of dance.

Choi: Back then, it just felt more fun when I did contemporary dance. Now that I think about it, I thought ballet was something performed in a predetermined story, so you follow a pre-existing character in the dance. I believed I could express more of my life, my thoughts - my everything - through contemporary dance because I’m stubborn and opinionated, so I’m happy and delighted when I express my thoughts through my body. I think [I chose contemporary art] because it would give me an outlet to show “my everything” for a longer time.

Choi, why did you come back to Korea when you were receiving recognition in the United States?

Choi: I had a clear goal. I expected to be [on top] within five years. But that came within three years. I did enough performances and earned everything I wanted. Since contemporary dance is about showing your own moves, I wanted to start dancing as quickly as possible as Choi Soo-jin, not as a dancer at the Cedar Lake Contemporary Ballet.

How do you define an effective dance? 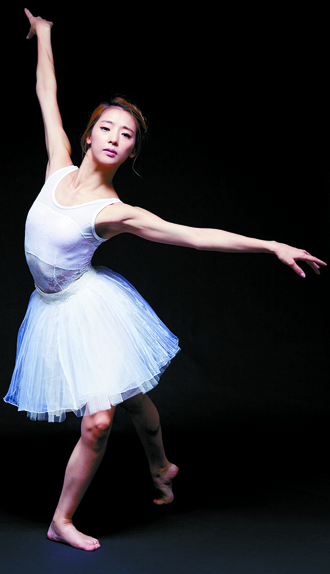 Choi: You need to share some stories both you and the audience know. Because dance is also a form of [language] to deliver to others, you should be able to communicate with others [through dance]. When that’s done, we think people will get anxious to see people dancing and will even want to talk about it. We want to make that happen.

Lee: There are many esoteric contemporary dances, and even we think some are odd. That’s why people turn away [from the genre].

Do you wish you had won?

Choi: We lost, but I’m glad I participated because I got to express the positive feelings that come with dance to many people.

Lee: Because I put in the best effort to the end, I have no regrets. Even before I started this show, I was in it for a good experience.

Now the show’s over, what do you expect to see from the public?

Choi: Because we get on stage to perform for other people, the greatest source of power for us is to get a chance to interact with more people. In countries overseas, even when we do like 10 performances, all the seats are still sold out and we get standing ovations and approval from people we absolutely don’t know. But such a thrill was nowhere to be found in performances in Korea. Our dancing paved its way into peoples’ minds through television.

Lee: Even the Korea National Contemporary Dance Company sees a lot of empty spaces during its performances. Dancers’ families usually fill up empty seats. After we appeared on TV we have fans who come to the filming studio. Although there were only a few people who visited, we were thankful. I hope they will also come to [theaters] to see our performance.