AOA gets to No. 1 in Taiwanese chart

AOA gets to No. 1 in Taiwanese chart 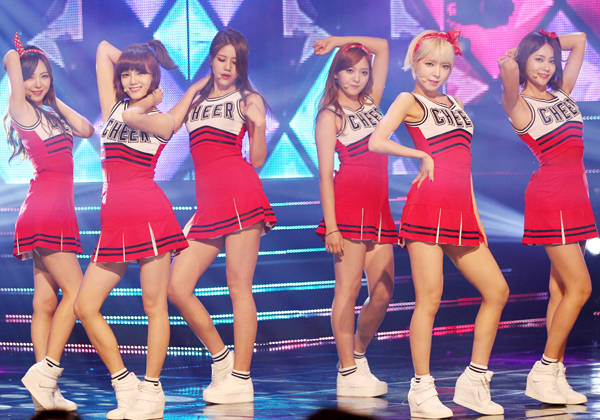 Girl group AOA’s “Miniskirt” ranked No. 1 yesterday on the Taiwanese music chart Omusic after it was released as a digital single last Friday.

The single comes ahead of the girl group’s first album launch in Taiwan, slated for Sept. 26. AOA will debut two albums simultaneously. One, “AOA: Best Album,” will include 13 of the group’s most popular tracks from previous albums and will include “Elvis,” “MOYA” and “Get Out.”

The other album, “Short Hair,” will feature seven tracks including “Fantasy.”

A week after their official debut in Taiwan, AOA members will head to Japan with their digital single “Short Hair.”

The song will be released on Oct. 1.

AOA is scheduled to open the Tokyo Runway 2014 fashion show on Sunday.