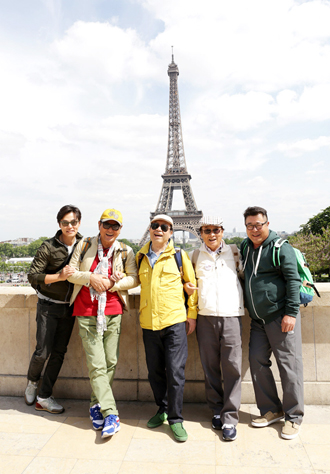 The show will be titled “Better Late Than Never,” with the aim to launch early next year, CJ E&M said.

“Grandpas Over Flowers,” which first aired last year, followed five actors in their 70s leaving Korea for a backpacking trip around the world with the help of a younger actor. National viewership ratings were so high that a spin-off featuring four top actresses was created last November. The show will be the first local entertainment program to be exported to a major U.S. network, the broadcaster said.

Negotiations for the export have been ongoing since a year ago, the producer of “Grandpas Over Flowers” said in an interview with local news outlet Newsen, adding that he didn’t expect the idea to become a reality.

“When I first received the offer from NBC, I laughed it off,” Na Young-seok was reported to have said in the interview.

“Now that I see some progression, I’m psyched.”