It's a matter of concession

It's a matter of concession 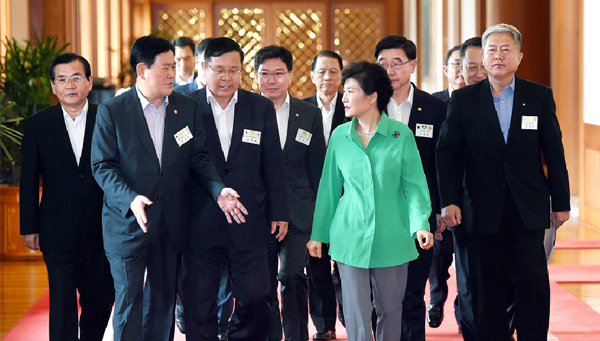 Around this time in 2008, I visited the Volkswagen headquarters in Wolfsburg, Germany, represented by IG Metall, the dominant metalworkers union in the country. A union leader providing the tour told me that the company would become the world’s largest automaker within a few years. Back then, Volkswagen ranked third. He explained that the locals, users, the union and the local government were working together, while American automakers or Hyundai Motors weren’t. Japanese carmakers were too mechanical and lacked human touch, he said. So he was confident that Volkswagen would be No. 1.

When I visited Wolfsburg again in June, Volkswagen had become the biggest in the world. A company official said that the city was a ghost town with no proper grocery store in the early 1990s, but that it had since transformed into a cultural town with more to offer than just the automobile industry. He added that the partners didn’t just make demands but thought about what they could offer first, and the company always thought about what it could contribute to the workers and the region, while the union thought about what could be done for the company and the region.

On Monday, President Park invited 54 union and company representatives and asked them to seek resolutions by yielding a little on sensitive issues. However, the situation in Korea is not so simple. The Federation of Korean Trade Unions has agreed to return to three-way talks, but members of the conference have not been determined. Management is also adamant in not accepting any policy that undermines corporate competitiveness in the negotiations. Having seen deadlocks and ruptures so many times, citizens are becoming insecure. The tripartite meeting may even amplify the discord, rather than produce an agreement. On Tuesday, Saenuri Party Chairman Kim Moo-sung shared that concern after visiting the Federation of Korean Trade Unions and the Korea Employers Federation. Having listened to the demands of the two groups, Kim repeatedly emphasized concessions.

When I met Professor Klara Boonstra of VU University Amsterdam, a union-side adviser to the Social and Economic Council of the Netherlands, in August 2013, she said that when negotiation does not work, the government demands a conclusion to be produced within six months. And the deadline must be met.

The economics of negotiation take concession into account before the demands, and demand is the strongest engine of economic growth. The time to revive the economy is slowly ticking away. The government, employers and the unions need to consider what they can concede in order to achieve economic growth.

*The author is a senior reporter of employment and labor news.