Kumho brothers at each other again

Kumho brothers at each other again 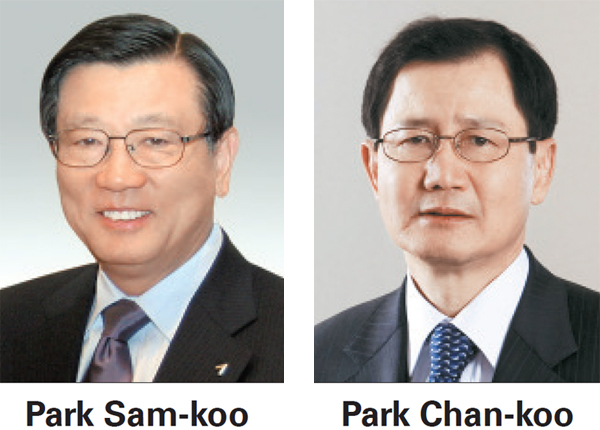 The Chuseok holidays, in which Koreans celebrate the harvest season with family and hometown friends, is just around the corner. But it’s not going to be a happy holiday for the family behind the Kumho chaebol.

Park Sam-koo is the third son of the late Kumho Group founder Park In-cheon, while Park Chan-koo is his fourth.

According to the group, Park Chan-koo has asked prosecutors to investigate three Kumho Asiana Group executives including Sam-koo for breaches of trust that allegedly cost the group more than 420 billion won ($412 million).

According to the petrochemical group, the two companies filed for debt workout programs on Dec. 30, 2009, and issued commercial paper on that day and the next. Some 200 private investors who bought those bonds through Kumho Investment Bank (now Woori Investment Bank) also lost money.

After Kumho Industrial and Kumho Tire filed for the debt workouts, their CP credit ratings plunged to junk levels.

“This is a clear breach of trust,” Kumho Petrochemical Group said in a statement.

Kumho Asiana Group said Chairman Park Sam-koo was out of the management when the decision was made and that the affiliates buying the CP from two companies was actually ordered by creditors in a bid to prevent their bankruptcy.

Relations between the two brothers began to break down since 2006 following Kumho Asiana Group’s acquisition of Daewoo Engineering and Construction.