Hoengseong High School player moves to Round of 16

Hoengseong High School player moves to Round of 16 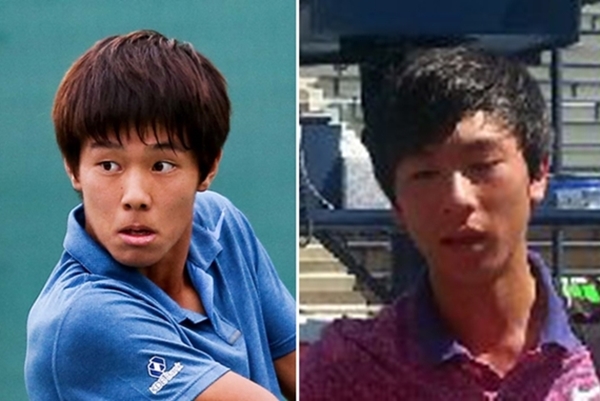 Hong Seong-chan, 17, from Hoengseong High School, advanced to the Round of 16 yesterday at the U.S. Open juniors tournament in New York.

Opelka is ranked much lower than Hong, but the 6-foot-7 American was not an easy opponent. He is considered a rising star in his country with his strong and high serves.

Opelka tried to overwhelm Hong with his serves from the beginning, but once Hong got used to the serves, he began to break the tall athlete down with his elaborate strokes.

Hong got the first set, 6-3, but Opelka’s serve got even stronger in the next set as Hong lost, 5-7.

The third and final set was intense, but Hong seemed more experienced. Hong tried to keep his shots low against Opelka to make them more difficult for him to handle. Opelka’s ball often hit the net and he finally lost the set.

“Opelka’s serves are very difficult,” Hong said after the game. “His serves were not very strong in the first set, but they got much better in the later sets. I could win because I could return his serves and gave low balls to him.”

“I have advanced only to the quarterfinals of major international competitions,” Hong said, “but this time I want to win the tournament.”

Chung Yun-seong, a 17-year-old from Yangmyung High School who made it to the second round after a prolonged match against Michael Mmoh of the United States, failed to advance. The 25th-ranked teenager was eliminated from the junior boys’ single tournament by 71st-ranked Mikael Ymer, 16, of Sweden, 7-5 , 6-2.

But Hong and Chung made it to the quarterfinals in the junior boys’ doubles tournament, beating Francisco Bahamonde and Matias Zukas of Argentina in the third round, 6-2, 7-5. Lee also advanced to the quarterfinals, paired with Marc Polmans of Australia, eliminating Boris Pokotilov of Russia and Jan Zielinski of Poland.

Another Korean teenager, Oh Chan-yeong, 16, playing with Sora Fukuda of Japan, fell to Rafael Matos and Joao Menezes of Brazil in the second round.