Looking for love in Bukchon

Looking for love in Bukchon 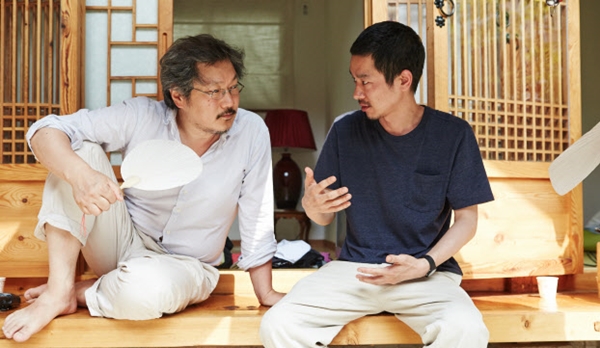 After making his filmmaking debut in 1996 with “The Day a Pig Fell Into the Well,” Hong has directed 17 more movies, many of which have received acclaim both in and out of Korea.

One of these is “Hahaha” (2010), which was awarded the Prix Un Certain Regard from the 2010 Cannes Film Festival.

But in Hong’s “Hill of Freedom,” which was released yesterday, a female protagonist full of vigor was nowhere to be found.

Instead, he cast Japanese actor Ryo Kase, 39, to play a genial, English-speaking man traveling through Korea to find a local woman who rejected his love in the past.

The JoongAng Ilbo interviewed Kase via email to talk more about his role and his relationship with Hong.

The following is an edited excerpt.

Q. You’ve mentioned several times in the past that you’re a fan of director Hong. Why?

A. People in his films are pictured as social outcasts, and maybe I unconsciously relate to that. I was fascinated by how his films show the world, per se.

What was the topic of your discussion with Hong when you first met him?

I first met him when he visited Japan to promote his then-latest film, “In Another Country” [2012]. Our conversation circled around the film, and he suggested we collaborate [in the future]. I also remember talking about books written by Luis Bunuel.

Did you enjoy filming in the Bukchon Hanok Village?

The streets are lined with traditional houses, so it was really soothing just to stroll in between. The narrow alleys were impressive as well. I could sense the symbiotic relationship between the old and current eras.

What was it like working on Hong’s film set?

It was fabulous; his philosophy for production is admirable in every little aspect. And every single person on set was working at full blast, which had me filled with awe.

I was lucky to have worked with such venerated directors. Regardless of nationality, it’s a gift to work with a director and movie of high standard.