China’s $343 billion in the shadows

China’s $343 billion in the shadows 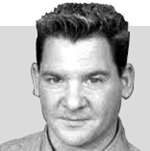 China’s “trust companies” are a growth industry, notable not for imparting stability to the $9.2 trillion economy, but for the red flags they raise. One figure stands out: the $343 billion these nonbank lenders owe in interest and principal repayments this quarter alone.

This topic may not sound very exciting to those far removed from the mechanics of China Inc. and President Xi Jinping’s efforts to rein in credit and investment bubbles. But these nonbank lenders are at the core of the shadow-banking industry that makes China’s financial system both opaque and fragile. The greater the repayment requirements, the greater the risk of a miss and the turmoil that might follow.

That’s why the latest report from Hu Yifan of Haitong International Securities, titled “Day of Reckoning for China Trusts,” is so troubling. From now through 2015, Hu says, such repayments will be at elevated levels. The odds of missed payments and headline-making credit events is increasing as data suggests government stimulus measures are gaining less traction than in years past.

“The brisk development of trust funds is leading to a dead end,” Hu says. The “uncertainties surrounding their regulatory requirements have led to an accumulation and concentration of risk in this sector.” And even as Chinese regulators try to curb trust-company indebtedness, they find new ways to expand.

This “liquidity binge,” Hu says, is fueling excessive leverage and risk in real estate, infrastructure and mining. “Current payment difficulties of trust fund companies are only the tip of the iceberg,” he warns.

Here, the reference is to the part of the problem we can see. What’s worrying outside observers, including the International Monetary Fund, is what we can’t. At the top of any wish list for economists in Washington is discerning China’s true debt profile - national, local and financial. Until we know for sure, if we even can, the IMF can do little more than urge China to address its “web of vulnerabilities” inherent in its credit-and-investment-fueled growth.

Hu’s iceberg comment has me thinking back to Bill Gross’s oft-quoted China analogy about “mystery meat.” “Nobody knows what’s there and there’s a little bit of bologna,” the bond fund manager said in a Feb. 4 Bloomberg Television interview. “So we’re just going to have to wonder going forward through this year as to the potential problems in China and other emerging markets.”

Make that next year, too. The lack of transparency that pervades Beijing makes it harder to know which of Xi’s planned reforms are being carried out and which aren’t. China’s grow-fast-at-any-cost ethos, rampant corruption and the lack of a free press conspire to make the second-biggest economy more of a black box than investors like Gross and policy makers at the IMF would prefer.

The IMF worries China faces a “hard landing” unless it makes progress in “transitioning to a safer and more sustainable growth path.” As Hu points out, troubles in the trust industry could be a harbinger of something bigger and much more traumatic. It may all come down to that $343 billion.

BY William Pesek, Bloomberg View columnist based in Tokyo