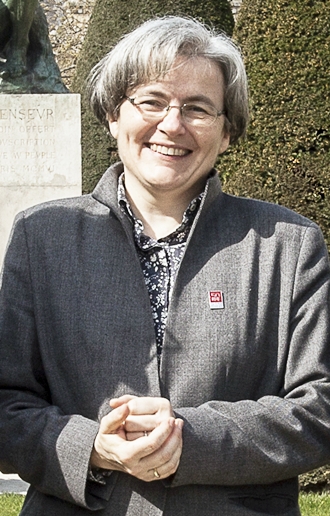 As this was her first trip to Korea, Catherine Chevillot, director of the Musee Rodin in Paris, said she thought the nation would be somewhat similar to its neighbors, Japan and China.

To her surprise, Chevillot explained, she can now go back to France and correct misconceptions her French colleagues have about Korea.

“I’ll be speaking of my journey with my colleagues at the Museum of Asian Arts,” said Chevillot. “I think I can also share contacts of Korean museums and perhaps help a Korean exhibition come to different cities in France.”

“I planned one more day to meet with the people in Korean museums to seek a network,” said Chevillot, adding that “many Europeans are not aware of the beauty of art and design of Korea.”

Next to the beauty of Korean paintings, sculptures and artifacts, Chevillot said she believes the real attraction of Korea is hangul, the Korean alphabet.

“I must say, I didn’t know Korean characters were a real alphabet,” said Chevillot. “I thought they were ideograms like Chinese or Japanese. I think it’s something that could be spread across the globe. It’s an amazing innovation at the time to change all the writing system of a country. It’s a real attraction.”

Chevillot stressed the importance of gatherings like the CCF 2014 as “culture does not spread naturally.”

“In France, we have a special program that designates each year to other countries,” said Chevillot. “It gives an opportunity to many French institutions to invite museums, musicians and many more. This year is France-China and to my understanding next year will be France-Korea. We believe it’s important to make the culture of another country more well-known in France.”

Similarly to the first impression Chevillot had of Seoul - that “Korea is a country of bridges” after seeing so many across the Han River - she said the nation is indeed one that acts as a “bridge between countries and a bridge between cultures.”

“This forum is also a bridge,” said Chevillot. “It’s meaningful as it allows cultural leaders of different countries to experience and exchange mutual cultures and opinions on ways to better communicate with the world. It will enable the cultural leaders to go back to their home country and speak about Korea and change any misconceptions.”