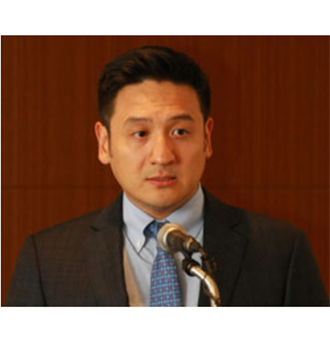 According to Park Suk, CEO and co-founder of DramaFever, Korean dramas will hold sway over global content from next year onward.

“There are several platforms, including video-streaming sites the world over, and Korean dramas are the most in-demand among viewers worldwide,” he said Wednesday at Broadcast Worldwide 2014, the largest international broadcasting trade fair, held at COEX, southern Seoul.

Park, who has a master’s degree in business administration from Columbia Business School and previously worked as a media industry analyst, was the keynote speaker at the event.

Established in 2009, DramaFever is a video-streaming website that offers on-demand documentaries, movies and television programs with subtitles. With 18 million subscribers, it is the biggest content-streaming website for Asian dramas in the United States and has won contracts with both YouTube and Amazon to supply content.

Park said the idea for the company came to him while he was on a business trip to Asia and noticed that Korean dramas were played in every hotel he stayed.

DramaFever’s revenue stood at just $5,000 in 2009, but grew significantly last year, raking in $1 million in just six months with the inclusion of the SBS series “The Heirs.”

Park praised the competitiveness of such shows last week when he met with reporters in Seoul before delivering his address, saying that it was also somewhat of an illusion that American programming appeared more popular in the global market.

“In analyzing viewers around the world, Korean dramas are way more popular,” he said. “However, there are so many people who watch them through illegal downloading sites, so they don’t seem that mainstream on the surface.”

Park further emphasized that it was imperative that Korean dramas keep their own identity and cautioned against the recent trend of utilizing shock value - a widely used hook in American programming.

“I believe that Korean dramas should never be similar to American shows. Korean dramas have their own flavor, but if they lose it, it is going to be the end,” he said. “There are many young people who get sick of all the violence and sex in American programming and seek out Korean dramas, which tend to be gentler.”

He added that it is a misconception that only Asian-Americans watch Korean dramas. Forty percent of DramaFever’s viewers are Caucasian, while 30 percent are Hispanic and 15 percent are African-American. Asians account for just 15 percent.

“The young generation, unlike the old, has grown up in a multi-cultural, multi-language environment,” Park said. “Those who want more cross-cultural content are excited about Korean dramas.

“When looking at romantic comedies, in particular, Korean dramas are unbeatable compared to other dramas around the world,” he added. “Korea is unrivaled.”