Growth of Korea’s seniors is fastest in the world

Growth of Korea’s seniors is fastest in the world 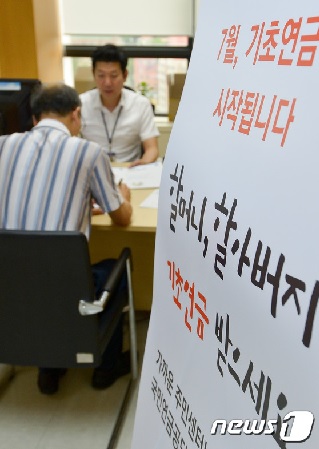 Once again a study has warned that Korea’s rapid aging may in the long run hurt the nation’s economic future.

A report by the Korea Institute for Industrial Economics and Trade showed that although the overall ratio of senior citizens in Korea was still low compared to other countries in the OECD, the growth of its elderly population is the fastest.

The report said that as of 2013, Korea ranked 30 among the 34 OECD member countries in the ratio of people 65 years or older. Korea’s proportion was 12.2 percent.

However, Korea’s senior citizen population quadrupled compared to 1970. That was around twice as fast a growth as the OECD average, which barely doubled.

Japan came in second with its senior citizen population tripling from 1970 to 2013. Finland’s proportion more than doubled, making it the third fastest growth.

In terms of young people, Korea is also low on the list. The population of Koreans under the age of 14 accounted for 14.7 percent of the population, putting Korea 26 among the 34 countries. Mexico had the biggest ratio of such young group of people at 28.4 percent, while the OECD’s average was 17.4 percent.

The study said that for the time being, Korea’s aging population shouldn’t have much impact on the nation’s potential for economic growth.

The population responsible for economic production, which is between 15 and 64, ranked first among OECD countries at 73.1 percent, higher than the OECD average of 66.6 percent.

This was largely thanks to Korea’s baby boomers, who were born between 1950 and 1970. Other developed countries that had baby booms had them a few years earlier, after the end of World War II.

But the baby boomers started retiring in 2012 and the younger generation is not having as many children.

A study released by Statistics Korea last month showed that Korea’s birthrate has fallen to a new low. Last year, there were 8.6 births for every 1,000 people. The statistics agency said it was the lowest since related data started being compiled in 1970.

“Married couples are reluctant to have babies because the cost of living has risen while the economy is sluggish,” said the statistics agency in a report.

The average age of a mother giving birth last year rose 0.22 years compared to 2012 to 31.84 years. It also said one out of every five women who gives birth is 35 years old or older.

“Not only will the aging population change household spending patterns but it will lower the nation’s productivity, which would affect the nation’s potential growth and eventually lead to deflation,” wrote Kim Young-ick, a Sogang University professor, in a recent report.

Citing the similar situation in Japan, Kim wrote that one of the biggest changes in spending will come in the housing market. With the economically active population shrinking, preference for small houses will go up, which will ultimately drive real estate prices down. This is a problem considering that Koreans, especially the older generation, have most of their assets in property investments. A drop in their home values will force people to tighten their spending.

Additionally, an aging population’s demand for durable goods such as automobiles will drop while spending on medical services and welfare increases.

Shrinking participation in the labor market will also bring a shortage of labor. Such changes could boost government spending and its fiscal deficits.