In ‘Chicago,’ Choi still has razzle-dazzle

In ‘Chicago,’ Choi still has razzle-dazzle 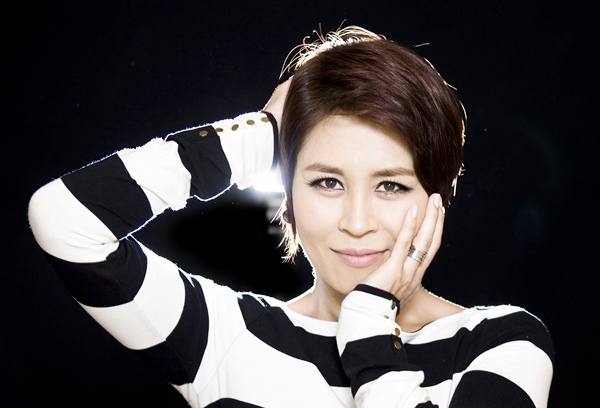 Actress Choi Jung-won plays Velma Kelly in the musical “Chicago,” which is currently on its 10th season in Korea. The show typically sells out 90 percent of its tickets each time.By Kwon Hyuk-jae

Acclaimed musical star Choi Jung-won, 45, was overflowing with energy last Tuesday at the D-Cube Arts Center in Guro District, southwestern Seoul, where the JoongAng Ilbo met her for an interview.

The venue is where the flamboyant musical “Chicago” is staged, a production that originated in the United States and is now on its 10th season in Korea.

“I’d even pay to do this job,” Choi said. “My physical condition actually improves after performing on stage.”

And her vocal prowess develops on a daily basis, too, she added, blushing while admitting that she feels embarrassed listening to her performance from the day before.

“Imagining the leaps of growth, I can’t wait to grow old!” Choi exclaimed.

The actress has starred in every season of “Chicago” since it was launched in Korea. She began as Roxie Hart during her earlier seasons, and in 2007 switched to Velma Kelly, a woman accused of killing her cheating husband and sister.

A. I feel a catharsis when I’m on stage. I want to play Velma until I turn 60. Although the stage effects and costumes are simple [in “Chicago”], this tends to expose the performers’ singing, acting and dancing.

What drove you to perform in musicals for almost a quarter of a century?

Happiness. I’m one happy person. I see bliss as something I can share with others only after I’m saturated with the emotion myself. Before shopping for my husband and child, I shop for myself. I’m a heavy donator, too, but I don’t do it to show off, rather I do it for myself. It’s the same with performing in “Chicago”; I’m doing it for my own good. I’m thrilled when I stand in front of the audience, and I feel fulfilled by my paycheck that constantly inches up. I don’t lift the bar too high, though, because I’m afraid I might get upset when it falls.

Musicals are normally run by double, triple or quadruple casting, where two to four actors or actresses take turns performing a role. (For the 10th season of “Chicago,” Choi will act as Velma alone, covering 111 shows nationwide.)

In the musical industry, it’s customary to assign multiple actors for a single role, all for the sake of ticket sales. But when considering the show’s quality, it’s actually best to have only one person to act each role. In 2007, I single-handedly played Donna in “Mamma Mia!” for 208 shows, and not once was I absent. Back then I was so scared of catching a cold that sometimes I woke up at midnight only to put myself back to sleep after belting out a few melodies. And now is no different from then. I eat less and drink more, so I’ll probably be healthier when the tour ends.