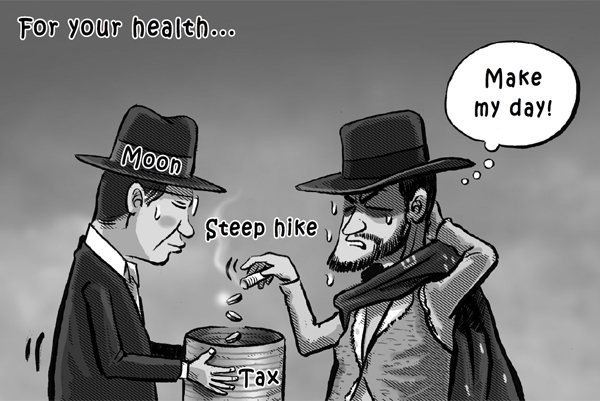 The minister of health, Moon Hyung-pyo, yesterday announced a 2,000 won ($1.93) price hike on a pack of local cigarettes to reduce smoking, as represented by Clint Eastwood’s heavy-smoking character in “The Good, the Bad and the Ugly.” Opponents accused the government of desiring more revenues.