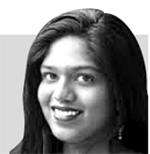 Sunil Gulati, president of the U.S. Soccer Federation, is on a mission to make Major League Soccer more popular, and he shared his strategy at the Bloomberg Sports Business Summit on Thursday: “We’re not going to be an export league,” he said, stressing the need for homegrown talent.

It’s peculiar, then, that the Major League Soccer schedule appears to be working against itself, with many matches taking place on the same days as FIFA international fixtures. This not only means that the U.S. soccer coach, Jurgen Klinsmann, has to field a team without many of his best players, who cannot skip out of their MLS commitments, but also that the best American players can’t take advantage of the higher level of competition to improve their games.

“It’s not working anymore,” he said, calling the league’s decision to play through FIFA fixtures a “lose-lose.” Klinsmann’s anger is understandable. Heading into the World Cup in June, he stressed the value of his more inexperienced players improving their skill sets and gaining recognition against elite international competition. With an eye toward building the national team to its highest level, Klinsmann is calling for MLS to play a longer season to accommodate FIFA dates.

Last year, the league considered adopting a European-style schedule, beginning in July or August and ending in May or June, with a six- to eight-week winter break in between. This would align the United States with the rest of the world, while still avoiding pitting the MLS playoffs against the NFL. But despite FIFA head Sepp Blatter’s insistence that MLS change is on the horizon, a schedule overhaul faces many challenges.

For one, stadiums would need to winterize their fields and implement some fan-friendly renovations for the cold weather such as heated seats - and thawed grass isn’t an ideal playing surface. Even the hiatus presents some issues, creating an imbalance in home games in cold-weather cities at one time. The biggest obstacle seems to be that gate receipts would likely take a hit in colder cities.

For a league trying to sustain long-term growth, adopting a schedule that would inherently deter fans from attending matches seems just as counterintuitive as adopting one that doesn’t allow you to make the most of your talent. A possible solution is to arrange a top- and bottom-heavy schedule, with home games in temperate climates bunched toward the beginning and end of the season. However it’s accomplished, the two domestic soccer arms have to find a way to work together.

MLS and U.S. Soccer go hand-in-hand, and attempting to balance each others’ interests presents a real dilemma. But in the long run, American soccer’s popularity and viability depend on putting the best possible product on the field and that means international exposure for its players. Imports make a significant impact on individual teams, but the health and future of U.S. soccer needs a foundation that’s made in America.